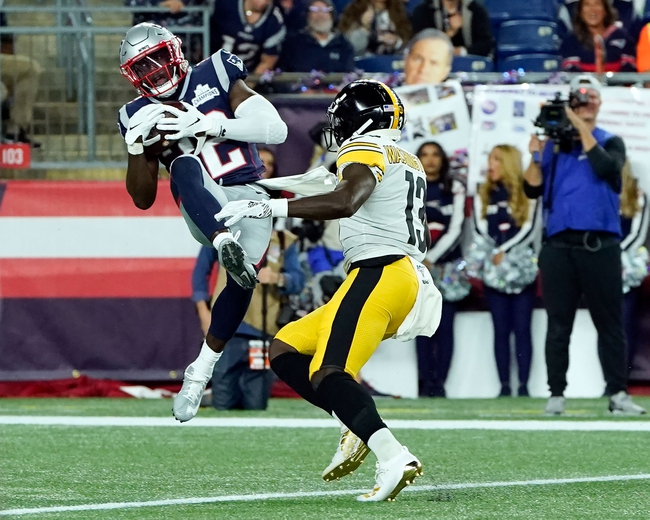 The Pittsburgh Steelers and the New England Patriots meet in a Madden 20 NFL Sim Classic matchup on Friday night.

The Pittsburgh Steelers come into this one after picking up a 17-9 win over Houston last time out. JuJu Smith-Schuster leads the Steelers on offense at wide receiver with an 86 overall rating, which includes a rating of 91 speed and 92 acceleration as well as 90 catching and 93 catching in traffic while James Conner is Pittsburgh’s top RB with an 81 overall rating with 86 speed, 89 acceleration and 89 carrying. Big Ben Roethlisberger is the starting quarterback with an 81 overall rating with 89 throwing power and 89 short passing accuracy. On the defense, Cameron Heyward leads Pittsburgh rated at 90 overall with 93 strength, 91 tackling and 92 power move while Stephon Tuitt is on the other side of the front at 87 overall with 90 block shedding and 91 strength.

I think a case could be made for either side, but from what we've seen so far in the Sim Classic, the Steelers have been arguably the more complete team of the two, getting it done on defense and putting points up in an offensive battle. New England's let some questionable competition hang around, and I just think the Steelers are too good to be giving this many points to. I'll take a shot with Pittsburgh and the points here.