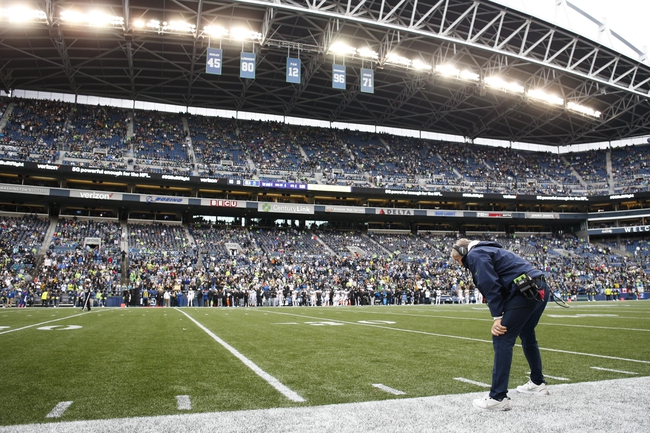 The New Orleans Saints and the Seattle Seahawks meet in a Madden 20 NFL Sim Classic matchup on Friday night.

The New Orleans Saints punched their spot in the conference semis with a 34-23 win over Minnesota in their last appearance. Michael Thomas is one of Madden’s five highly-regarded 99 overall rated players, with 89 speed, 92 acceleration and 92 agility as well as 99 catching, 98 catching in traffic and 97 spectacular catch with 96 release and 93 jumping. Drew Brees starts at QB for New Orleans at 94 overall with 99 short pass accuracy, 97 medium pass accuracy and 91 deep ball accuracy and Alvin Kamara leads the Saints at running back with an 89 overall rating, including 94 acceleration, 93 agility, 90 carrying and 90 juke while Jared Cook is at 87 overall with 90 acceleration and 85 catching. On the defense, Cameron Jordan leads New Orleans’ D-line at 92 overall with 92 impact blocking, 89 tackling and 94 finesse move. Demario Davis is at 89 overall at outside linebacker with 90 play recognition and 90 pursuit as well as 86 speed and 89 acceleration. Marcus Williams and Marshon Lattimore also make up a big chunk of the New Orleans secondary at 86 and 85 overall.

The Seattle Seahawks booked their spot in the semis with a 41-24 win over Philadelphia last time up  Russell Wilson leads Seattle’s offense with a solid 97 overall rating with 86 speed, 90 acceleration and 93 agility as well as 91 throwing power and 93 short pass accuracy, 94 medium pass accuracy and 96 deep pass accuracy. Tyler Lockett is the top wideout for Seattle with an 88 overall rating including 93 catching, 93 speed, 92 acceleration and 97 agility while Chris Carson also has an 86 rating in leading Seattle’s backfield with 88 speed, 89 acceleration and 91 stiff arm. On the defense, Bobby Wagner is the Seahawks’ leader with a 98 overall rating, with 96 tackling, 90 impact blocking, 98 power, as well as high-90s attribute ratings in pursuit and play recognition. Jadeveon Clowney is right behind on the d line at 88 overall with 95 pursuit, 91 play recognition, 87 speed and 90 acceleration.

I think this is one of the harder games for me to call on Friday’s card, as New Orleans burned me as a short favorite against Minnesota but Seattle’s a team I’ve been high on over the course of the sim matchups. With that said, I think the case could be made for both sides to win that game, and in a coin flip scenario like this, I usually like to take the side getting points as it’s nice to have a headstart. I’ll probably leave this one alone altogether, but for the sake of a pick, I’ll take Seattle and the points.