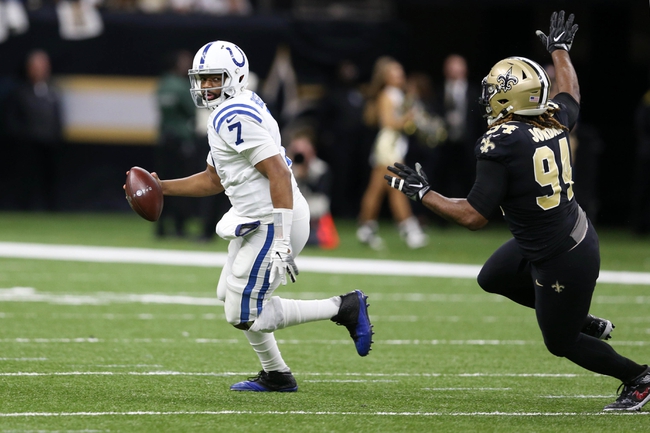 The New Orleans Saints and the New England Patriots meet in a Madden 20 NFL Sim Classic matchup on Sunday night.

The New Orleans Saints will look to build on a 31-27 win over San Francisco in their last game. Michael Thomas leads New Orleans as one of Madden’s five highly-desired 99 overall rated players, with 89 speed, 92 acceleration and 92 agility as well as 99 catching, 98 catching in traffic and 97 spectacular catch with 96 release and 93 jumping. Drew Brees starts at QB for New Orleans at 94 overall with 99 short pass accuracy, 97 medium pass accuracy and 91 deep ball accuracy and Alvin Kamara leads the Saints at RB with an 89 overall rating, including 94 acceleration, 93 agility, 90 carrying and 90 juke while Jared Cook is at 87 overall with 90 acceleration and 85 catching. On the defense, Cameron Jordan leads New Orleans’ D-line at 92 overall with 92 impact blocking, 89 tackling and 94 finesse move. Demario Davis is at 89 overall at outside linebacker with 90 play recognition and 90 pursuit as well as 86 speed and 89 acceleration. Marcus Williams and Marshon Lattimore also make up a big chunk of the New Orleans secondary at 86 and 85 overall.

The New England Patriots will look to build on a 28-25 win over the Los Angeles Chargers in their last game. Tom Brady leads New England at QB in this game with a 91 overall rating with 90 throw power and 96 short pass accuracy while Julian Edelman is the top guy in New England’s receiving corps at 87 overall with 91 acceleration, 91 agility and 85 catching. James White leads the Patriots’ ground attack at 83 overall with 89 speed, 92 acceleration and 90 agility. On defense, Stephon Gilmore heads up New England’s defense with a 98 overall rating with 99 awareness and 92 speed with 94 acceleration and 94 agility while also rated at 98 in man coverage and 96 in zone coverage. Devin McCourty is New England’s second-highest rated DB at 92 overall with 93 zone coverage and 90 marks across the board in speed, agility and acceleration. Dont’a Hightower leads New England’s linebacking corps at 88 overall with 91 impact blocking and 92 tackling in addition to 93 play recognition and 93 pursuit.

This is a hard one to call, and I wouldn’t expect anything less for the finals of the Sim Classic. With that said, it’s alarming that New Orleans had to come back from 20-6 down at the half to beat San Fran, but they stepped up when they had to. New England barely got by the Chargers and New England hasn’t been as dominant as their ratings would suggest. I’ll side with New Orleans in this pick ‘em scenario to get the job done.