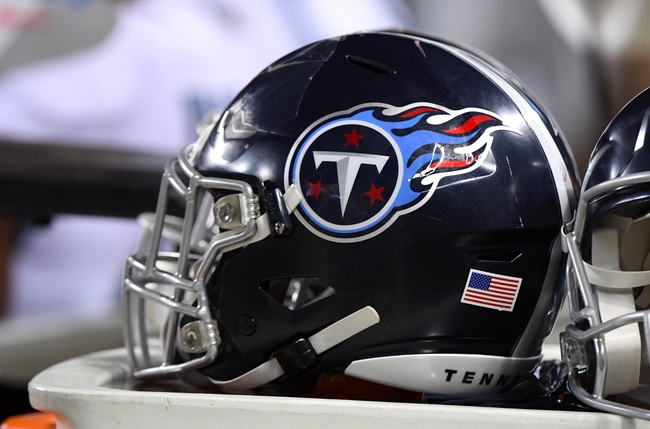 The Tennessee Titans and the Chicago Bears meet in a Madden 20 NFL simulation game on Tuesday afternoon.

The Tennessee Titans come into this one looking to shake off a 1-2 performance in the Sim Classic, winning their first game but dropping the final two including a 33-17 loss to Houston on the last day of group play. Derrick Henry leads Tennessee with a 91 overall rating with 91 speed, 87 strength, 91 carrying and 98 stiff arm while Delanie Walker comes up at 86 overall as Tennessee’s top TE with 86 catching. A.J. Brown and Corey Davis make up the pairing at wide receiver, rated just 80 and 79 overall respectively, while Ryan Tannehill comes in at 80 overall at starting QB for the Titans. On defense, Kevin Byard shares the team-high rating on the defensive end at 91 overall with 93 zone coverage and 90 speed while Logan Ryan is at 86 overall at cornerback with 87 speed, 91 acceleration and 90 agility with 92 play recognition. Jurrell Casey also checks in at 85 overall at right defensive end with 92 play recognition, 89 tackling and 89 impact blocking as well as 92 strength.

The Chicago Bears will look to build off of their run in the Sim Classic, making it all the way to the conference semifinals before having their run halted by San Francisco. Allen Robinson II leads Chicago on the offensive end with an 89 overall rating with 90 speed and 93 acceleration as well as 96 catching while Trey Burton is at 82 overall at TE and Taylor Gabriel is an 81 overall rated WR. Tarik Cohen leads Chicago’s backfield at 78 overall while Mitch Trubisky is still Chicago’s starting QB at 73 overall. On defense, Khalil Mack leads Chicago with a solid 98 overall rating, with 87 speed and 89 acceleration along with 94 tackling, 90 impact blocking, 91 block shedding, 91 finesse move and 95 power move. Eddie Jackson is rated 89 overall at free safety with a 94 grade in zone coverage and 90 acceleration while Kyle Fuller has 92 speed and acceleration at cornerback with 91 zone coverage and Akiem Hicks is at 88 overall at left defensive end with 91 block shedding and 89 power move.

This game is truly a coin flip, but while I have been down on Chicago, the fact is that the Bears had some strong performances in the Sim Classic, and their defense is legit with guys like Mack, Fuller and Akiem Hicks. Tennessee just doesn’t have a whole lot going on outside of Derrick Henry, and I just think that Chicago matches up well here with a better defense. I’ll take Chicago and the free point here.