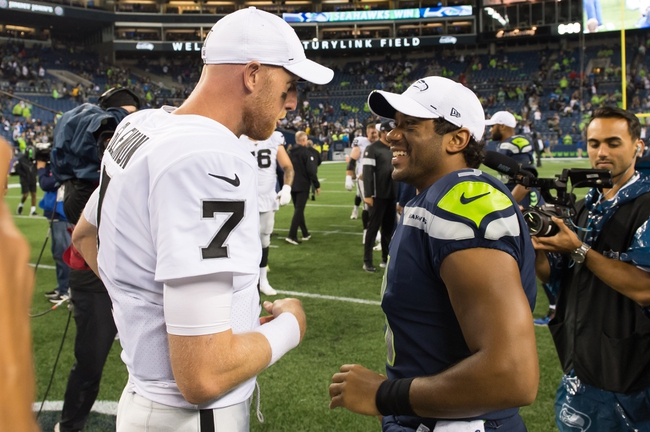 Laying a touchdown or more in these simulations are risky business, as there's extremely odd results and boneheaded plays across the board daily, so you're putting a lot of trust in the computer when laying big numbers. However, there's a big talent gap between these two teams and the Oakland Raiders have very little firepower on either side to counter the higher ranked teams. The Oakland Raiders defense is also trash.

I'll lay the touchdown with the Seattle Seahawks.