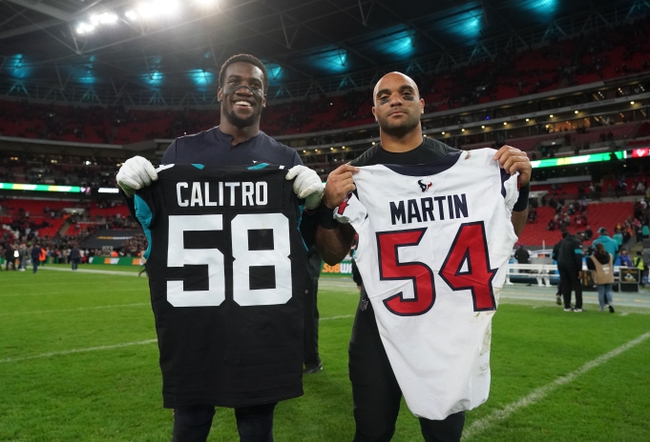 The Jacksonville Jaguars are one of those teams I'm not looking to back much in these simulations unless they're getting so many free points its tough to turn down. The Jags just don't have enough difference makers that makes them an attractive option in these simulations. The Houston Texans are one of my favorite teams personally in this game and they've cashed some nice tickets for us in past simulations.

Getting this line just under a full touchdown makes me lean toward the Houston Texans.