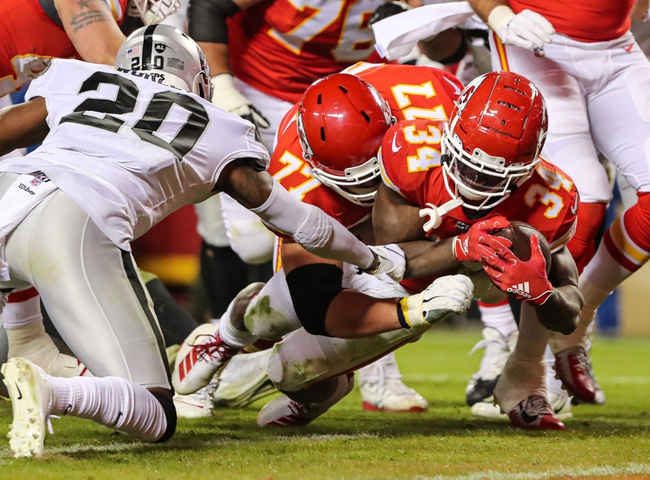 You're playing a risky game win laying more than a touchdown in these simulations, but the Oakland Raiders don't scare anybody on the offensive side and their defense isn't any better. The Kansas City Chiefs are obviously one of the more explosive offensive teams in this game and their defense can get after the quarterback. On paper, this should be a comfortable Chiefs victory.

I don't want any parts of the Raiders in this spot. I'll take the Chiefs in a double-digit win.