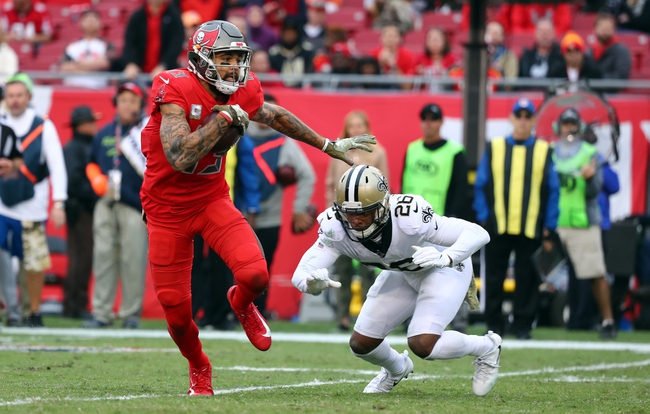 The Tampa Bay Buccaneers and the New Orleans Saints meet in a Madden 20 NFL simulation game on Thursday night.

The Tampa Bay Buccaneers come into this sim matchup looking to bounce back from a disappointing performance in the Sim Classic where the Bucs finished 1-2 and missed out on any playoff action. Mike Evans and Chris Godwin lead the Bucs on offense as the top receiving pair on the team with Evans owning a team-high 92 overall rating with 90 catching, 95 catching in traffic and 97 spectacular catch while Godwin is 87 overall with 97 catching. Jameis Winston comes in at 78 overall at starting QB for Tampa Bay in this year’s Madden. On the Buccaneers’ defense, Lavonte David is the leading linebacker with a 90 overall rating, with 92 pursuit, 87 block shedding, 88 impact blocking and 89 tackling. Ndamukong Suh is lined up front at 86 overall with 93 impact blocking and Vita Vea is right behind alongside at 85 overall with 91 impact blocking.

The New Orleans Saints will be looking to pick up where they left off after their strong run in the Sim Classic, finishing with a 2-1 group record and making it all the way to the championship game where they fell to New England 28-25. Michael Thomas is one of Madden’s five 99 overall rated players, with 89 speed, 92 acceleration and 92 agility as well as 99 catching, 98 catching in traffic and 97 spectacular catch with 96 release and 93 jumping. Drew Brees comes in as the starting pivot for the Saints at 94 overall with 99 short pass accuracy, 97 medium pass accuracy and 91 deep ball accuracy and Alvin Kamara leads the Saints at RB with an 89 overall rating, including 94 acceleration, 93 agility, 90 carrying and 90 juke while Jared Cook is at 87 overall with 90 acceleration and 85 catching. On defense, Cameron Jordan leads the Saints’ front at 92 overall with 92 impact blocking, 89 tackling and 94 finesse move. Demario Davis is at 89 overall at outside linebacker with 90 play recognition and 90 pursuit as well as 86 speed and 89 acceleration. Marcus Williams and Marshon Lattimore also make up a big chunk of the New Orleans secondary at 86 and 85 overall.

These two teams just met in the Sim Classic not too long ago, and the Saints won that one big by a final score of 38-16. I just think that’s a representation of where these two teams are in the game. Both have pretty good receiving groups, but New Orleans has a massive edge at QB and RB and the defenses match up decent, so I’ll back New Orleans to win this one by at least a touchdown behind a strong game from Drew Brees. Click