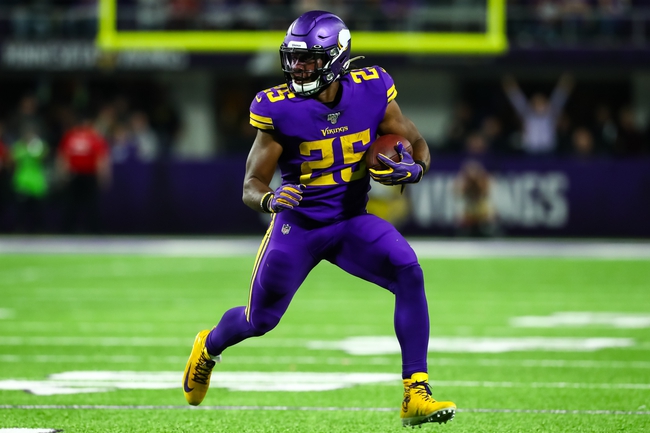 The Minnesota Vikings and the Washington Redskins square off in a Madden 20 NFL simulation game on Thursday afternoon.

The Minnesota Vikings come into this looking to build on a decent showing in the Sim Classic, posting a 3-0 record in the group stage, but their stay in the playoff rounds was short as the Vikes were eliminated by the New Orleans Saints in the quarterfinals. Stefon Diggs isn’t a Viking in real life anymore, but he’s still with Minnesota in this game with a 93 overall rating with 92 catching, 91 speed, 93 acceleration and 93 agility. Adam Thielen has a 91 overall rating at another WR spot with 90 speed and 93 grades in acceleration and agility as well. Thielen also has 95 catching and 90 catching in traffic. Dalvin Cook leads the Vikings ground offense at 90 overall with 91 speed, 92 acceleration and 94 agility while Kyle Rudolph is an 84 overall rated tight end and Kirk Cousins is 84 overall at starting quarterback. On the defensive end, Harrison Smith leads Minnesota at 95 overall with 93 power, 92 zone coverage, 95 play recognition and 93 pursuit. The Vikings have a group of 90 overall rated defenders, with Everson Griffen and Danielle Hunter sitting opposite on the D-line while Eric Kendricks hunkers down the linebacking corps. Linval Joseph also grades at 86 overall in the middle of the defensive line.

The Washington Redskins come into this one looking to rebound from a 47-28 loss to Arizona in their last sim game. Washington’s greatest strength comes in the form of their O-line, with Trent Williams leading the way with a 92 overall rating including 95 strength, 92 pass block and 93 run block while Brandon Scherff is 88 overall with 90 run blocking and 92 strength. Jordan Reed leads the ‘Skins as their top pass-catcher at 84 overall with 87 catching and 87 catching in traffic at tight end while Terry McLaurin is at 81 overall at wide receiver and Derrius Guice leads Washington’s backfield at 80 overall, sharing the ball carrying work with Adrian Peterson who is rated 79 overall. Dwayne Haskins Jr. is the starting QB for Washington despite being rated at just 70 overall. On defense, Matt Ioannidis leads the unit with an 85 overall rating with 86 acceleration and 86 strength to go along with 84 tackling and 89 power moves while Ryan Kerrigan is at 84 overall at outside linebacker with 88 power move, 88 impact blocking and 86 acceleration.

Washington had a nice string of results going, but since then and in the Sim Classic, Washington’s just been struggling and haven’t been able to keep points off of the board. Minnesota’s one of those teams in this game that don’t get a ton of the spotlight, but they’re really good and they have the ratings to go along with it. The line is thick, but we’ve seen enough to suggest the Vikings can get it done here. I’ll lay the points with Minnesota in this one.