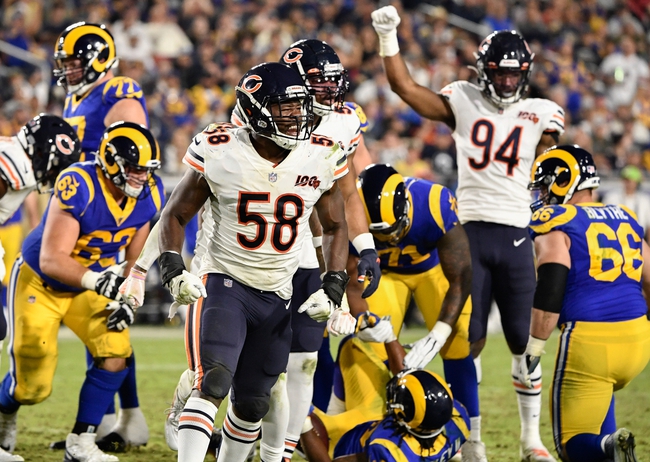 Oddsmakers seem to be all over the place with the Los Angeles Rams, as they've been favorites in some weird spots. This game seems fair given that they're going up against a Chicago Bears squad that's limited offensively and can play some really ugly simulations. The Rams may be a bit underrated given that the offense is better than advertised, and we know what the defense is capable of with Donald and Ramsey leading the way.

I'll lay the reasonable chalk with the Rams in this simulation contest.