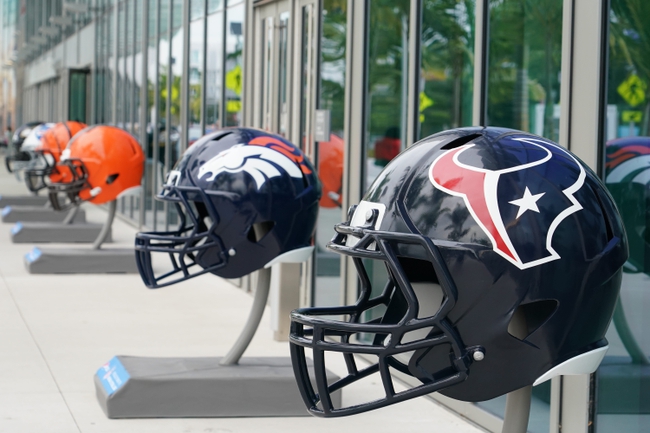 The Denver Broncos and the Chicago Bears meet in a Madden 20 NFL simulation game on Wednesday afternoon.

The Denver Broncos come into this game looking to build off of a 23-18 win over the Buffalo Bills in their last sim appearance. Phillip Lindsay leads the offense for Denver with an 85 overall rating at RB with 93 carrying as well as 93 speed and 91 acceleration. Courtland Sutton is not far off of the pace as Denver’s top receiver with 89 speed, 92 acceleration and 92 catching as part of his 84 overall rating. On defense, Von Miller leads Denver with a team-high 96 overall rating, including 93 tackling, 89 impact blocking, 90 finesse move and 93 power move. Chris Harris Jr. is at corner at 90 overall with a 91 man coverage rating and 90 speed. Justin Simmons and Kareem Jackson make up a strong combination in the Denver secondary at 89 and 87 overall.

The Chicago Bears will look to add to a 26-24 win over Pittsburgh in their last sim matchup. Allen Robinson II leads the offense for the Bears with an 89 overall rating with 90 speed and 93 acceleration as well as 96 catching while Trey Burton is at 82 overall at tight end and Taylor Gabriel is an 81 overall rated wideout. Tarik Cohen leads the backfield for Chicago at 78 overall while Mitch Trubisky is still Chicago’s starter under center at 73 overall. On defense, Khalil Mack leads Chicago with a solid 98 overall rating, with 87 speed and 89 acceleration along with 94 tackling, 90 impact blocking, 91 block shedding, 91 finesse move and 95 power move. Eddie Jackson is rated 89 overall at free safety with a 94 grade in zone coverage and 90 acceleration while Kyle Fuller has 92 speed and acceleration at cornerback with 91 zone coverage and Akiem Hicks is at 88 overall at left defensive end with 91 block shedding and 89 power move.

The Bears have done a good job at shutting me up and making me eat my words when I go against them lately, but I guess I’ll just never learn. I still don’t trust the Bears with Mitch Trubisky under center. That goes against common logic considering both of Denver’s QBs are better ratings-wise, and the Bears have the edge in most positions when it comes to ratings. However, Denver just took New England down to the wire and have scored points in bunches as of late, so I’ll take a shot with the points and the Broncos here.