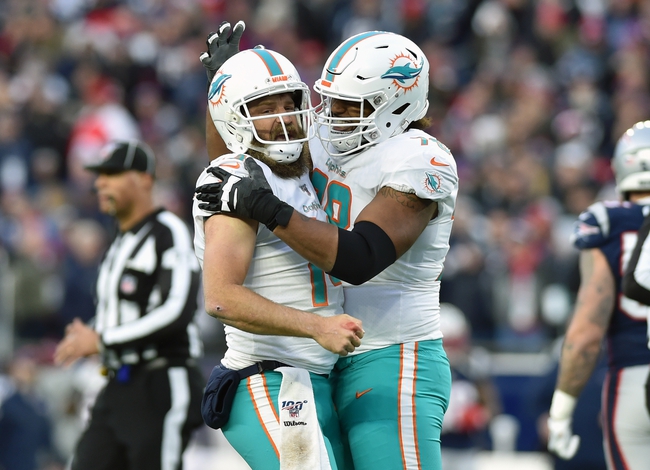 The Jacksonville Jaguars and the Miami Dolphins meet in a Madden 20 NFL simulation game on Tuesday afternoon.

The Jacksonville Jaguars come into this one fresh off of a 21-13 win over Cincinnati in their last sim appearance. Leonard Fournette leads the jags on offense with an 83 overall rating with 92 speed and 96 carrying. D.J. Chark Jr. sits at 81 overall at wide receiver with 91 catching as well. On defense for Jacksonville, each level of the Jaguars’ defense has a player rated at 84 overall, with A.J. Bouye anchoring the secondary, Telvin Smith in the linebacking corps and Yannick Ngakoue up front in the trenches. Bouye owns an 89 speed rating with 94 acceleration and 91 agility while Smith has 87 speed with 89 acceleration and 88 agility.

The Miami Dolphins will look to rebound from a 31-6 loss to Tennessee in their last sim matchup. Devante Parker Miami with an 84 overall rating, including 91 speed and 91 acceleration while Albert Wilson is at 76 overall at another wide receiver spot with 91 speed and acceleration as well. Ryan is at starting QB for Miami, but only at a 74 overall rating. On the defensive end, three of Miami’s four 80+ rated overall players are all in the secondary, with Xavien Howard and Aqib Talib at 82 and 81 overall with Howard owning 92 speed and 92 acceleration while Talib has 91 acceleration and 91 agility. Reshad Jones is also at 82 overall at strong safety with 86 speed and 89 acceleration.

This is not a game I’m looking to bet in real life, forget about simulation games, and I’m realistically not going anywhere near it. However, neither of these teams have been anything to write home about in their sim games, which is why I’m siding with the under. I wouldn’t be surprised if this game stayed under 40 points let alone 50 and I just think it’s going to be a dull game and the rain doesn’t really help either. Give me the under here.