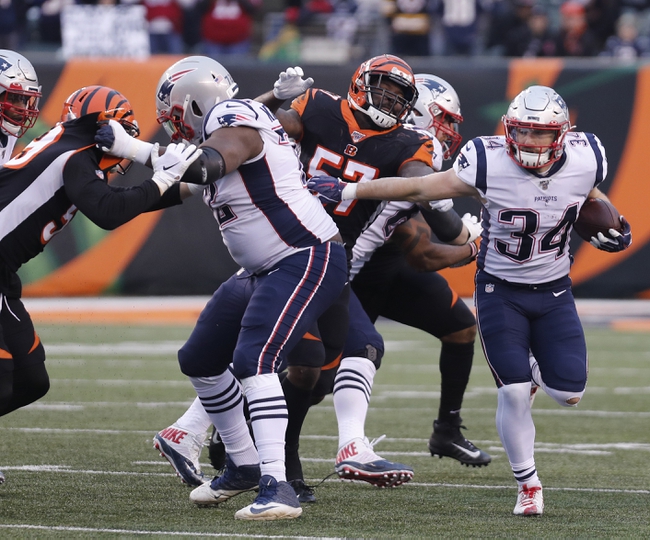 The New England Patriots and the Cleveland Browns meet in a Madden 20 NFL simulation game on Wednesday afternoon.

The New England Patriots will try to build off of a 30-25 win over Oakland in their last game. Tom Brady leads the Patriots offense at QB with a 91 overall rating with 90 throw power and 96 short pass accuracy while Julian Edelman is the leading pass-catcher in the New England offense at 87 overall with 91 acceleration, 91 agility and 85 catching. James White leads the Pats’ running back group at 83 overall with 89 speed, 92 acceleration and 90 agility. On the defensive, Stephon Gilmore leads the Patriots with a 98 overall rating with 99 awareness and 92 speed with 94 acceleration and 94 agility while also rated at 98 in man coverage and 96 in zone coverage. Devin McCourty is New England’s second-highest rated DB at 92 overall with 93 zone coverage and 90 marks across the board in speed, agility and acceleration. Dont’a Hightower leads New England’s linebacking corps at 88 overall with 91 impact blocking and 92 tackling as well as 93 play recognition and 93 pursuit.

The Cleveland Browns will look to rebound from a 26-6 loss to the New York Jets in their last sim game. Nick Chubb leads Cleveland on offense with a 92 overall rating, with 92 speed, 91 acceleration and 85 strength grades. Odell Beckham Jr. is the top receiver for Cleveland, rated at 90 overall with a 99 rated spectacular catch as well as 91 in catching in traffic and a 98 mark in ball carrier vision while also having 94 ratings in speed and acceleration and 98 agility. Kareem Hunt is rated 88 overall at running back, with 90 speed and 92 acceleration and 92 agility along with a 98 carrying rating while Baker Mayfield is rated at 76 overall starting at quarterback, including 93 throwing power, 87 short pass accuracy and 85 long ball accuracy. On the defensive end for the Browns, Myles Garrett is the leader with a team-high 93 overall rating at defensive end, with 85 speed, 90 acceleration and 96 strength as well as a 95 power move rating.

I’ve gone back and forth on this game, as the Patriots are good enough to win these games and won the sim classic, but they haven’t been blowing teams away and haven’t been really covering either. On the other hand, the Browns are fully capable of hanging around but are also capable of putting up a dud and getting blown out like nobody’s business. Instead of trying to pick a side here, I’m going to side with the over. I think both teams could be good for at least 28 points or so, and I think this one finishes with at least one team in the 30s so give me the over in this spot.