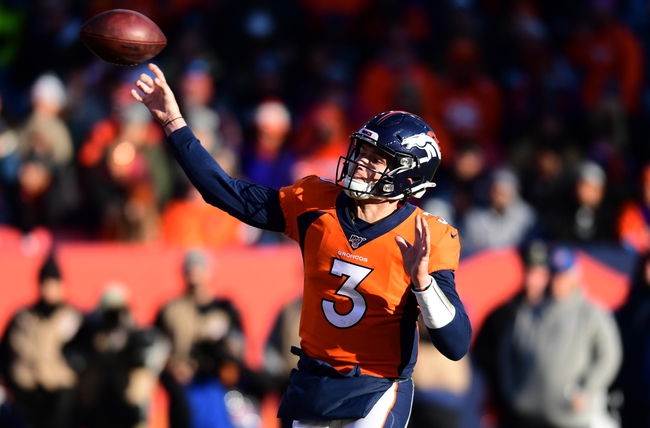 The Carolina Panthers and the Denver Broncos meet in a Madden 20 NFL simulation game on Wednesday night.

The Carolina Panthers will look to build off of a 34-20 win over the Green Bay Packers in their last simulation matchup. Carolina is in one of the most enviable spots in this year’s game as the only team with two of the game’s five players with a 99 overall rating, and they have one on each side of the ball. Christian McCaffrey leads the Panthers’ offense with 92 speed, 93 acceleration and 97 agility as well as 98 carrying and 96 juke. Greg Olsen is 88 overall at tight end with 93 catching and 93 catching in traffic while D.J. Moore comes in at 85 overall with 93 speed and acceleration and 81 catching at wide receiver. Cam Newton may finally be healthy in the game, but his overall rating is still down to 79 yet he still remains the starting QB for the Panthers. On defense, Luke Kuechly holds onto the other 99 rating at linebacker, with 90 jumping, 91 impact blocking and 99 tackling as well as 99 play recognition and 96 pursuit. After Kuechly, Gerald McCoy and Kawann Short anchor the defensive line at 85 and 84 overall, with both possessing strength and impact blocking ratings in the low-90s.

The Denver Broncos will try to build off of a 23-22 win over the Pittsburgh Steelers in their last sim game. Phillip Lindsay leads Denver offensively with an 85 overall rating at running back with 93 carrying as well as 93 speed and 91 acceleration. Courtland Sutton is right behind as the Broncos’ top wide receiver with 89 speed, 92 acceleration and 92 catching as part of his 84 overall rating. On defense, Von Miller leads Denver with a team-high 96 overall rating, including 93 tackling, 89 impact blocking, 90 finesse move and 93 power move. Chris Harris Jr. is at corner at 90 overall with a 91 man coverage rating and 90 speed. Justin Simmons and Kareem Jackson make up a strong combination in the Denver secondary at 89 and 87 overall.

The Panthers have had their moments and have a decent team with Kuechly and McCaffrey leading the way, but the Broncos continue to provide value as a dog, keeping games close and covering while winning outright on multiple occasion. Far be it from me to go away from the value, even in a sim game, so I’ll take Denver and the points as well as putting a bit on Denver ML as well.