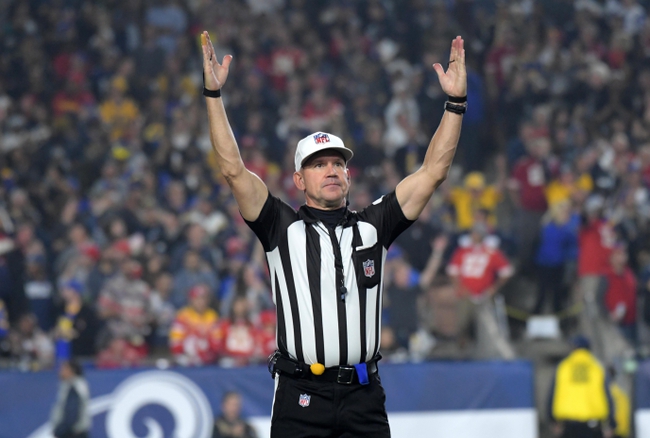 Here's your daily roundup of all the NFL news that will impact the 2020 season. Many questions still remain about what the league will look like when players return to the field, but there have been some encouraging developments this week. Let's take a closer look at today's NFL updates. Get Free NFL Picks and NFL Predictions for every game all season long at Sports Chat Place.

A Shortened NFL Preseason? - As the league and the NFLPA continue to discuss the best way to get our beloved teams back on the football field, the preseason slate looks like it’s the most likely casualty of the strange offseason. The NFL and the players’ union are reportedly looking at cutting the preseason schedule in half—from four games to two—with the reasoning that it would give teams some extra practice time to shake off the rust and help prevent injuries, as well as allow more planning time for the tricky process of getting live audiences back into the stadiums.

Most NFL fans and players likely would not object to a shortened preseason; it’s been a constant subject during offseason meetings for years. (And let's face it: no one really enjoys exhibition games all that much.) Cutting the preseason games in half is probably more of a sticking point for the owners, who don’t want to give up the lost revenue of the extra games. It appears this proposal has some legs and some public support however, so you can bet we’ll be hearing more about the idea in the coming days.

Reopening Rules for NFL Facilities - This week every NFL team received a detailed memo from the league and the union, laying out the procedures and guidelines for reopening stadiums and locker rooms. A few highlights from the memo include reconfigured locker rooms that permit six-foot distance, virtual meetings whenever possible and disinfected equipment following every game.

Everything in the memo is pretty standard stuff at this point, but these guidelines are a positive sign that the league is trying to move forward as planned. That said, there’s still no timetable set for most players returning to team facilities outside of scheduled injury rehab, but coaching staffs are beginning to trickle in. We’ll keep you updated as the rest of the NFL players make their way back as well.

The Hall of Fame Ceremony and Game - As of this week, the NFL’s annual Hall of Fame Game and ceremony are still on. The game itself (an interesting Steelers/Cowboys matchup) is set to take place on August 6, and the enshrinement will occur on August 8. Hall of Fame president David Baker stated Wednesday that five contingency plans are in place for potentially different dates/locations, but as of now the ceremony and game are still a go for a little less than two months from now. It remains to be seen what things will look like exactly, but Baker and the league seem confident they can pull it off, which is encouraging.