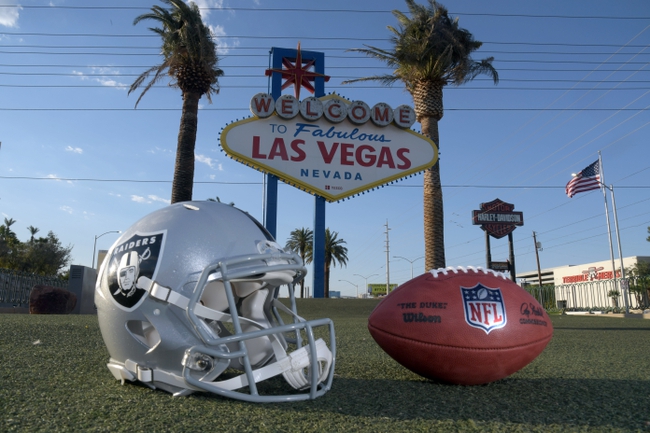 The San Francisco 49ers and the Oakland Raiders meet in a Madden 20 NFL simulation game on Thursday night.

The San Francisco 49ers will try to bounce back from a 24-19 loss to Philadelphia in their last sim game. George Kittle leads the 49er offense as a 97 overall rated tight end with 98 catching while Emmanuel Sanders comes in as the top wideout for the 49ers at 89 overall with 94 catching, 92 acceleration and 93 agility. Jimmy Garoppolo is starting under center for the Niners at 84 overall while Tevin Coleman is right behind at running back at 82 overall with 93 speed, 92 acceleration and 93 agility. On the San Fran defense, Richard Sherman leads the way at 94 overall at cornerback, with 99 awareness as well as 98 jumping, 90 man coverage and 99 zone coverage. Nick Bosa heads the 49ers’ pass rush at 89 overall with 91 finesse move and 91 acceleration. The San Francisco defense also has four additional defenders with at least an 85 overall rating, including Arik Armstead, DeForest Buckner, Dee Ford and Fred Warner.

The Oakland Raiders will try to rebound from a 40-29 loss to Detroit in their last sim appearance. The Raiders have some muscle on the O-line with Rodney Hudson at 93 overall, Richie Incognito at 87 overall and Trent Brown at 86 overall. Josh Jacobs and Darren Waller each have 85 overall ratings, with Jacobs owning 96 carrying and 91 acceleration at running back while Waller has 89 speed, 89 acceleration and 96 catching at tight end. Tyrell Williams is the Raiders’ top wide receiver at 82 overall with 92 speed, 93 acceleration and 95 agility while Derek Carr is still the Raiders’ starting QB with an 80 overall rating. On the defensive end, Lamarcus Joyner comes in with an 83 overall rating, including 88 speed and 92 acceleration, but after Joyner, every defender on the Raiders owns a 79 overall rating or lower.

I think it’s safe to say that the Niners are the better team here and the easier team to trust, especially in a simulation matchup. However, the Niners have occasionally given up points to lesser teams, and while the Raiders haven’t had much luck in the win column, we’re regularly seeing Oakland put points on the board and hang around in games they probably have no right being in otherwise. I’ll take a shot with Oakland and the points here.

The pick in this article is the opinion of the writer, not a Sports Chat Place site consensus.
Previous Pick
Dallas Cowboys vs. Cincinnati Bengals - 6/11/20 Madden20 NFL Sim Pick, Odds, and Prediction
Next Pick
NFL News: Update for 6/12/20