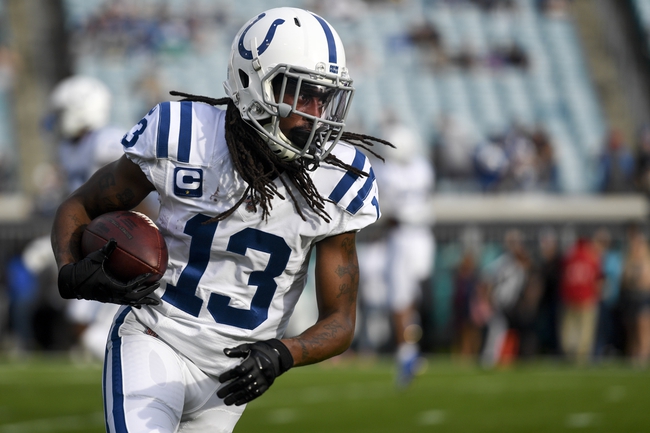 The Indianapolis Colts and the Chicago Bears meet in a Madden 20 NFL sim matchup on Friday afternoon.

The Indianapolis Colts will look to build on a 30-23 win over Minnesota in their last sim appearance. T.Y. Hilton leads Indianapolis on offense with an 88 overall rating, with 93 speed as well as 95 agility and 91 acceleration. The Colts also have some stregnth up front with four offensive linemen with at least an 80 overall rating, led by Quenton Nelson who has a team-high 94 overall rating with a 99 awareness rating as well as 97 strength and 92 run blocking. On the defensive side, Justin Houston leads the Colts at 86 overall, including a 93 mark in play recognition while Darius Leonard sits at one of the outside linebacker spots with an 85 overall rating including an 88 rating in tackling.

The Chicago Bears enter this game fresh off of a 29-19 win over the New York Giants in their last sim appearance. Allen Robinson II leads the Bears on the offensive end with an 89 overall rating with 90 speed and 93 acceleration as well as 96 catching while Trey Burton is at 82 overall at tight end and Taylor Gabriel is an 81 overall rated wide receiver. Tarik Cohen leads the Bears’ backfield at 78 overall while Mitch Trubisky is still Chicago’s starting QB at 73 overall. On defense, Khalil Mack leads Chicago with a solid 98 overall rating, with 87 speed and 89 acceleration along with 94 tackling, 90 impact blocking, 91 block shedding, 91 finesse move and 95 power move. Eddie Jackson is rated 89 overall at free safety with a 94 grade in zone coverage and 90 acceleration while Kyle Fuller has 92 speed and acceleration at cornerback with 91 zone coverage and Akiem Hicks is at 88 overall at left defensive end with 91 block shedding and 89 power move.

I get the Bears being favored as they have a solid defense, but I’m still not overly sold on the Bears with Mitch Trubisky under center, even in a simulation. The Colts don’t have much else going for them, but the Colts have now won three straight sims as an underdog against the Vikings, Ravens and Patriots, three teams that are all better than Chicago in my opinion. I’ll take a shot with the Colts and the points as well as putting a bit on Indianapolis ML.