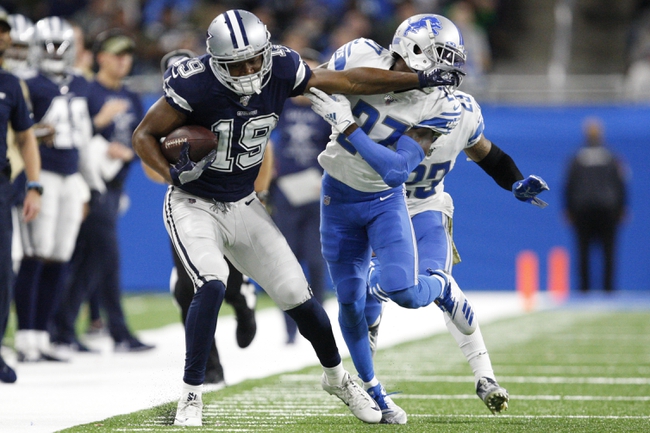 The Dallas Cowboys and the Baltimore Ravens meet in a Madden 20 NFL simulation game on Monday afternoon.

The Dallas Cowboys enter this matchup looking to rebound from a 34-23 loss to the New Orleans Saints in their last simulation matchup. Ezekiel Elliott leads the Cowboys’ offense, rated 93 overall at running back with 90 speed, 91 acceleration and 95 agility while Amari Cooper leads Dallas’ receiving group at 91 overall with 92 speed, 96 agility and 89 catching. Dak Prescott has an 81 overall rating as starting quarterback with 87 throwing power and 88 short pass accuracy. The Cowboys also have some muscle on their offensive line, with Zack Martin owning a team-high 97 overall rating while Tyron Smith is at left tackle at 91 overall. On the defense, Byron Jones and Demarcus Lawrence lead the Cowboys, each at 88 overall apiece, with Lawrence owning a 93 finesse move rating, 89 power move and 88 block shedding rating while Jones has 92 speed, 94 acceleration and 96 agility to go along with an 84 man coverage rating and 90 zone coverage rating in the Cowboys’ secondary.

The Baltimore Ravens will try to rebound from a 48-42 loss to the Los Angeles Chargers in their last sim appearance. Lamar Jackson leads Baltimore’s offense at quarterback with a 92 overall rating, with 92 throw power and 92 short pass accuracy to go along with 96 speed, 96 acceleration and 95 agility. Mark Ingram II comes in at 86 overall as Baltimore’s top running back with 88 speed, 91 acceleration and 89 carrying while Mark Andrews is not far behind at tight end with an 85 overall rating. On defense, Earl Thomas III leads the Ravens with a team-high 93 overall rating, including 92 jumping and 96 zone coverage at free safety and Michael Pierce is a solid 91 overall on the defensive line with 94 block shedding and 90 impact blocking while Marlon Humphrey and Marcus Peters put together a strong cornerback duo at 89 and 85 overall for Baltimore. Humphrey possesses a 90 man coverage rating as well as 92 speed and 93 acceleration while Peters has 87 man coverage, 91 speed and 91 acceleration.

The points with the Ravens would be tempting in reality, but in these sim matchups, Baltimore has done nothing but lose games despite being one of the higher rated teams in the game at this point. The Ravens actually might be one of, if not the most overrated team in this game in my opinion. Either way, Dallas has had their bumps too, but they’re easier to trust than Baltimore and for the Cowboys, that’s saying a lot. Give me Dallas and lay the points here.