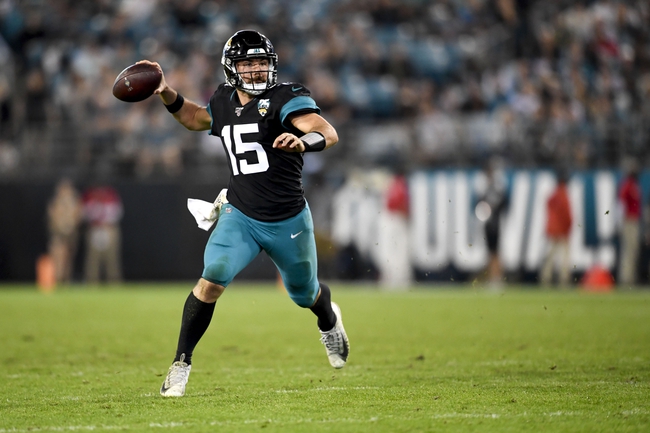 The New England Patriots and the Jacksonville Jaguars meet in a Madden 20 NFL simulation matchup on Monday afternoon.

The New England Patriots will try to rebound from a 43-31 loss to New Orleans in their last sim matchup. Tom Brady leads New England at quarterback in this game with a 91 overall rating with 90 throw power and 96 short pass accuracy while Julian Edelman is the top guy in New England’s receiving group at 87 overall with 91 acceleration, 91 agility and 85 catching. James White leads the Patriots’ ground attack at 83 overall with 89 speed, 92 acceleration and 90 agility. On defense, Stephon Gilmore leads the Patriots with a 98 overall rating with 99 awareness and 92 speed with 94 acceleration and 94 agility while also rated at 98 in man coverage and 96 in zone coverage. Devin McCourty is New England’s second-highest rated defensive back at 92 overall with 93 zone coverage and 90 marks across the board in speed, agility and acceleration. Dont’a Hightower leads New England’s linebacking corps at 88 overall with 91 impact blocking and 92 tackling in addition to 93 play recognition and 93 pursuit.

The Jacksonville Jaguars will look to build off of a 37-14 win over the Miami Dolphins in their last sim appearance. Leonard Fournette leads the Jaguars on offense with an 83 overall rating with 92 speed and 96 carrying while D.J. Chark Jr. sits at 81 overall at WR with 91 catching as well. On the defensive end for the Jags, each level of the defense has a player rated at 84 overall, with A.J. Bouye leading the secondary, Telvin Smith in the linebacking group and Yannick Ngakoue on the defensive line. Bouye owns an 89 speed rating with 94 acceleration and 91 agility while Smith has 87 speed with 89 acceleration and 88 agility.

The New England Patriots have done squat since winning the Sim Classic, as they’re winning games and not covering or even worse, losing games outright. With that said, the Jaguars are outmatched here from the opening kickoff, and I just don’t like Jacksonville’s chances against New England, sim matchup or not. This is a ton of points to give up to a Patriots team that can’t cover, but I see no other option here than to lay the points with New England.