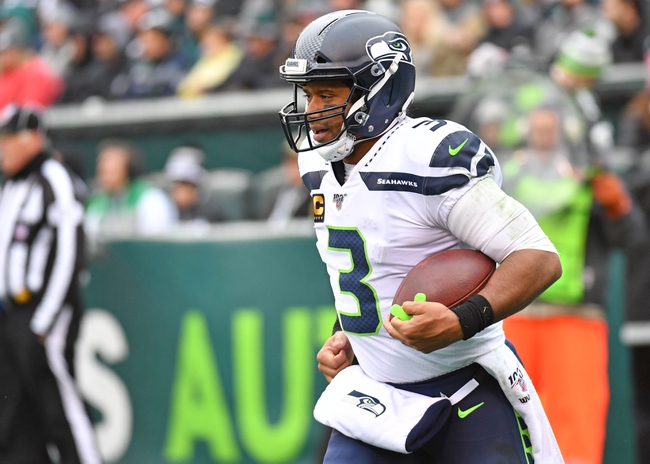 Here’s your daily roundup of all the NFL news that will affect the 2020 season. Today we’ve got some notes on betting lines and season outlooks as well as new information on what the league will look like post-virus, so let’s check out the latest NFL updates. Get Free NFL Picks and NFL Predictions for every game all season long at Sports Chat Place.

Comeback Player Odds - This week we’re getting a feel for what Vegas thinks about the potential standout players of the 2020 NFL campaign, as the odds for this season’s Comeback Player of the Year were announced at MGM. There were five guys tied for the best odds when they opened, including Rams QB Jared Goff, Jets LB CJ Mosely, Browns DE Myles Garrett, Bills WR Stefan Diggs and RB Devonta Freeman. All those names opened at 40/1 odds.

The inclusion of Goff is pretty interesting, as his touchdowns took a step back last year even though he was on the field for most of the season. Goff’s career best TD:INT ratio is 4:1, set in 2017 on 28 touchdowns and seven picks. In 2018, Goff tossed 32 scores but also had 12 interceptions. This will be a crucial year for Goff and the Rams as a whole, as WR Brandin Cooks and RB Todd Gurley are both gone, and the likes of Cam Akers and Van Jefferson will have some big opportunities.

Quarterbacks to Watch in 2020 - While we’re on the subject of quarterbacks, let’s do some speculating on which guys might end up toward the top of the stats columns when the season is finished. There are two quarterbacks who show up on top of most people’s prospective lists right now in Patrick Mahomes and Lamar Jackson, but after that it gets a little murky as far as which specific guys are primed for big campaigns.

Russell Wilson is earning some big preseason buzz from lots of outlets, and for good reason. He has never missed an NFL game and is behind only Cam Newton for QB rush yards since 2012. Wilson is the model of consistency, and has quietly racked up some great numbers despite the “run first” model in Seattle.

Then there’s Drew Brees, who should be another interesting storyline in 2020. Brees is coming off his age-40 season, completing an NFL-high 74.3 percent of passes and posting a career-high 116.3 passer rating. Brees missed five starts due to a thumb injury, so his numbers could have been a lot higher. Behind that excellent Saints offensive line and throwing to big-play guys like Michael Thomas and Emmanuel Sanders, Brees has all the pieces in place and doesn’t seem to be slowing down.

Dak Prescott has been a hefty topic of conversation as well, and 2020 will be huge for his contract and his career. He’s carrying a 65.8 percent completion percentage over his four seasons, but the Cowboys as a whole have been the model of unmet expectations lately. Things are looking brighter for Dallas coming into this season though, and rookie CeeDee Lamb could be in for a big role right away.