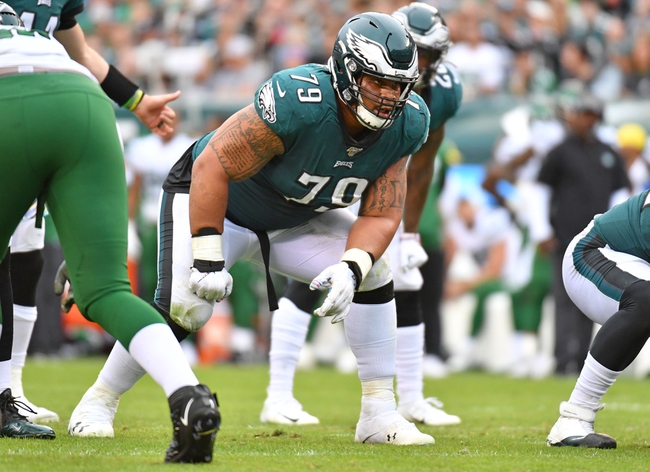 Here’s your daily roundup of all the NFL news that will affect the 2020 season. Today we’re looking at some pretty major injury news in Philadelphia as well as a few other player notes, so let’s check out all the latest NFL updates. Get Free NFL Picks and NFL Predictions for every game all season long at Sports Chat Place.

Eagles' Brandon Brooks Out for 2020 - Here’s some big injury news that’s utterly devastating to the Eagles. Starting right guard Brandon Brooks has suffered a torn left Achilles and as a result he will miss the entire 2020 NFL season. Brooks was injured during a workout at the Eagles’ training facility on Monday and according to reports, he knew right away how bad it was.

The 30-year-old Brooks initially spent the first four years of his NFL career in Houston before joining the Eagles in 2016. During the last three seasons, he’s started in all 48 regular-season games and played 95% of the team’s snaps on offense, also making the Pro Bowl in each of those years.

Oddly enough, Brooks is familiar with Achilles injuries. He tore the one on his right side during the 2018 playoffs but was able to return by the 2019 campaign to start in all 16 games of the regular season. He also had surgery on a dislocated shoulder this offseason. Making it even worse for Philadelphia, Brooks just signed a four-year, $54.2 million contract extension in November that will keep him with the Eagles through 2024.

So who does Philadelphia have that can step up and try to replace Brooks? Well, one popular theory has the team signing former Eagle Jason Peters, who is still a free agent and has garnered offers from a couple of other teams. Pro Bowl guard Larry Warford is still out there as well after being released by the Saints this offseason. Either of those names would be a relatively good option for a Philadelphia team that’s got a huge hole to fill on the line. We’ll keep you posted on what the Eagles decide to do.

NFL Coronavirus Testing - With each passing day we’re getting a clearer picture of what the league will look like when the teams get back to the field in 2020. One of the situations the NFL will still have to work out is virus testing and the protocols surrounding that, but we’ve got some new info on how often it will happen.

NFLPA medical director Thom Mayer held a conference call with agents on Monday, and said the league will test players for COVID-19 around three times per week. Any players who test positive will be isolated. According to Mayer, there’s a 90 percent chance the NFL will have reliable saliva testing available by the time players return to team facilities next month.

Several Dallas Cowboys and Houston Texans players have reportedly tested positive for the virus, including Cowboys running back Ezekiel Elliot, whose agent confirmed his diagnosis much to Elliot’s Twitter displeasure.