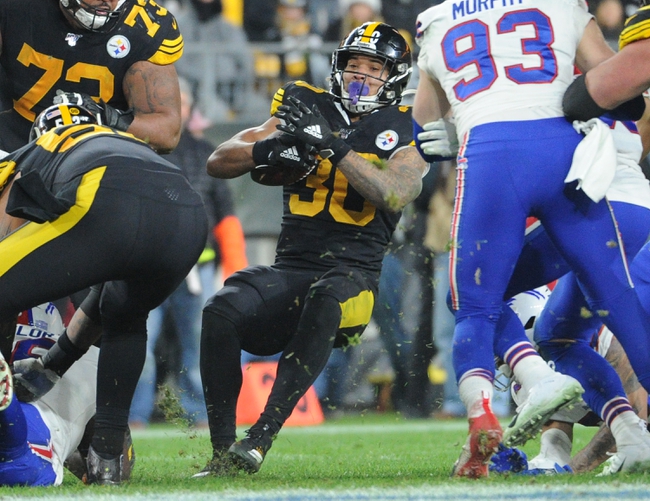 The Pittsburgh Steelers and the Green Bay Packers meet in a Madden 20 NFL simulation game on Wednesday night.

The Pittsburgh Steelers will try to bounce back from a 28-23 loss to the San Francisco 49ers in their last outing. JuJu Smith-Schuster leads Pittsburgh’s offense at wide receiver with an 86 overall rating, which includes a rating of 91 speed and 92 acceleration as well as 90 catching and 93 catching in traffic while James Conner starts at running back with an 81 overall rating with 86 speed, 89 acceleration and 89 carrying. Ben Roethlisberger is starting QB with an 81 overall rating with 89 throwing power and 89 short passing accuracy. On defense, Cameron Heyward leads Pittsburgh rated at 90 overall with 93 strength, 91 tackling and 92 power move while Stephon Tuitt is on the other side of the front at 87 overall with 90 block shedding and 91 strength.

The Green Bay Packers will look to build off of a 40-34 win over Kansas City in their last sim appearance. Davante Adams leads the Packers on the offensive at 94 overall, with 94 catching and 94 catching in traffic while also possessing 89 speed and 92 acceleration. Aaron Rodgers is the starter under center with an 89 overall rating, with 94 throwing power, 90 short pass accuracy and ratings in the high-80s in medium and deep pass accuracy while Aaron Jones leads Green Bay’s rushing attack with an 87 overall attribute rating with 93 carrying, 92 juke, 91 speed and 93 acceleration. On defense, Kenny Clark leads Green Bay’s pass rush at 90 overall with 95 strength with 92 block shedding and 89 power moves while Jaire Alexander is not far off at 89 overall to lead the Green Bay secondary at cornerback, with 92 man coverage in addition to 93 ratings in speed and acceleration with 94 agility. Za’Darius Smith and Adrian Amos come in at 88 and 87 overall respectively as well as a pair of key pieces in a stacked Green Bay defense.

The points with the Steelers are tempting as we’ve seen Pittsburgh hang with some high-powered teams, but we’ve also seen them get kicked around a bit. On the other hand, Green Bay is a solid team, but I wouldn’t be surprised if we saw a 3-4 point game here. Instead of trying to pick a side, I’m going to side with the over. I could see this being a 34-30 kind of game either way, so I’ll take the over in this spot.