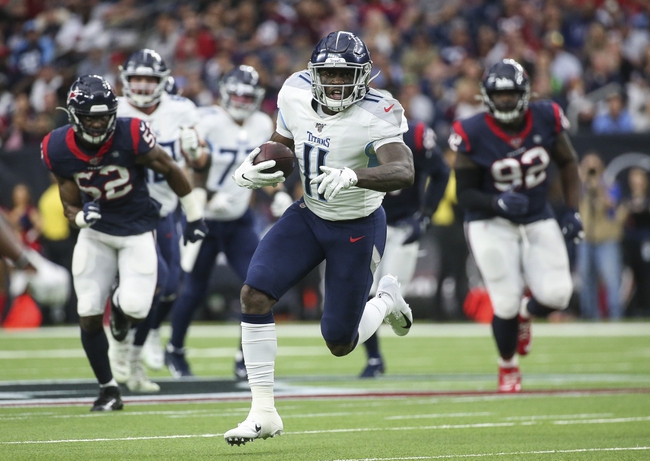 The Tennessee Titans and the Cleveland Browns meet in a Madden 20 NFL simulation game on Thursday afternoon.

The Tennessee Titans will try to build off of a 31-6 win over Miami in their last sim appearance. Derrick Henry leads Tennessee with a 91 overall rating with 91 speed, 87 strength, 91 carrying and 98 stiff arm while Delanie Walker comes up at 86 overall as the Titans’ top pass catcher and tight end with 86 catching. A.J. Brown and Corey Davis make up an underrated tandem at wide receiver, rated just 80 and 79 overall respectively, while Ryan Tannehill comes in at 80 overall at starting QB for the Titans. Defensively, Kevin Byard shares the team-high on the defensive end at 91 overall with 93 zone coverage and 90 speed while Logan Ryan is at 86 overall at cornerback with 87 speed, 91 acceleration and 90 agility with 92 play recognition. Jurrell Casey also checks in at 85 overall at right defensive end with 92 play recognition, 89 tackling and 89 impact blocking as well as 92 strength.

The Cleveland Browns will look to bounce back from a 30-27 loss to New England in their last sim matchup. Nick Chubb leads Cleveland on offense with a 92 overall rating, with 92 speed, 91 acceleration and 85 strength grades. Odell Beckham Jr. is the top receiver for Cleveland, rated at 90 overall with a 99 rated spectacular catch as well as 91 in catching in traffic and a 98 mark in ball carrier vision while also having 94 ratings in speed and acceleration and 98 agility. Kareem Hunt is rated 88 overall at running back, with 90 speed and 92 acceleration and 92 agility along with a 98 carrying rating while Baker Mayfield is rated at 76 overall starting at quarterback, including 93 throwing power, 87 short pass accuracy and 85 long ball accuracy. On the defensive end for the Browns, Myles Garrett is the leader with a team-high 93 overall rating at defensive end, with 85 speed, 90 acceleration and 96 strength as well as a 95 power move rating.

I’m a bit surprised to see this game as a pick ‘em if we’re being honest. Yes, these sim games are coin flips and you never know what’s going to happen, but the Browns are juggernauts ratings wise, with the likes of OBJ, Nick Chubb and Myles Garrett. The Titans are still a team that I’m not high on in this game as they don’t have much outside of Delanie Walker and Derrick Henry, so I’ll side with Cleveland in this pick ‘em.

The pick in this article is the opinion of the writer, not a Sports Chat Place site consensus.
Previous Pick
NFL News: Update for 6/18/20
Next Pick
New York Giants vs. New York Jets - 6/18/20 Madden20 NFL Sim Pick, Odds, and Prediction