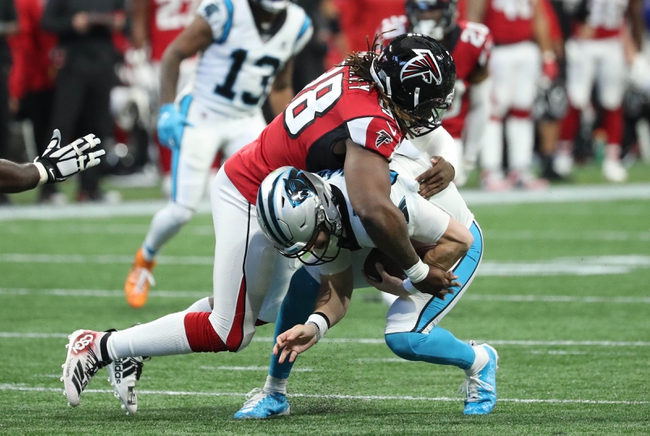 These teams are pretty much i the same boat in terms of ratings, but I give the edge to the Atlanta Falcons on offense due to more weapons, and they have the speed on their defensive front seven to slow down what can be a one-dimensional Carolina Panthers offense. The Carolina Panthers have the potential to surprise us in these simulations, but they often play to their ratings and just don't have the horses most games to hang with above-average offenses.

This game could go either way, but I'll lay the points with the Atlanta Falcons.