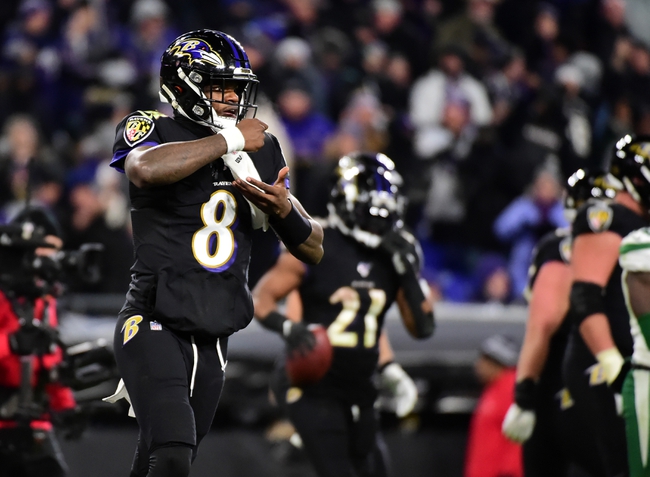 The Baltimore Ravens and the New York Jets meet in a Madden 20 NFL simulation game on Friday afternoon.

The Baltimore Ravens will look to rebound from a 38-28 loss to the Carolina Panthers in their last sim appearance. Lamar Jackson leads the Ravens’ offense at quarterback with a 92 overall rating, with 92 throw power and 92 short pass accuracy to go along with 96 speed, 96 acceleration and 95 agility. Mark Ingram II comes in at 86 overall as Baltimore’s top running back with 88 speed, 91 acceleration and 89 carrying while Mark Andrews is not far behind at tight end with an 85 overall rating. Defensively, Earl Thomas III leads the Ravens with a team-high 93 overall rating, including 92 jumping and 96 zone coverage at free safety and Michael Pierce is a solid 91 overall on the defensive line with 94 block shedding and 90 impact blocking while Marlon Humphrey and Marcus Peters put together a strong pair in the secondary at 89 and 85 overall for Baltimore. Humphrey possesses a 90 man coverage rating as well as 92 speed and 93 acceleration while Peters has 87 man coverage, 91 speed and 91 acceleration.

The New York Jets will try to shake off a 26-13 loss to the Houston Texans in their last sim appearance. Le’Veon Bell leads the Jets on offense at 88 overall, including 89 speed, 92 acceleration and 95 agility as well as 88 carrying and 91 juke. Robby Anderson leads New York’s receiving group at 84 overall with 91 catching while Sam Darnold is rated 74 overall as New York’s starting QB. On the defense, Jamal Adams leads the Jets with a 92 overall rating, with 95 power and 92 zone coverage as well as 91 speed and 90 acceleration. The Jets also possess a pair of 85 overall rated middle linebackers in C.J. Mosley and Avery Williamson, with both possessing 89 acceleration and Mosley having 91 tackling while Williamson has 86 block shedding.

I called it yesterday and it came to fruition that the Ravens just don’t perform well in these sim games despite their high rating and I just think they’re overvalued in these sim matchups. The New York Jets are far from world-beaters, and I don’t know if they win this game, but we’ve seen enough of a sample size from the Ravens to suggest that they hold no value in these sims right now. I’ll take a shot with the Jets and the points in this one.

The pick in this article is the opinion of the writer, not a Sports Chat Place site consensus.
Previous Pick
NFL News: Update for 6/19/20
Next Pick
Buffalo Bills vs. New England Patriots - 6/19/20 Madden20 NFL Sim Pick, Odds, and Prediction