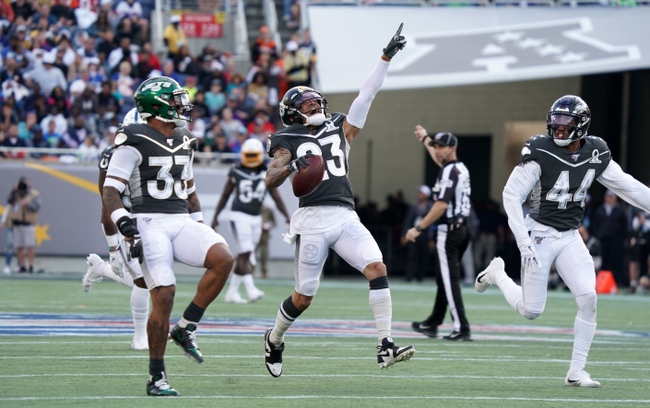 Here’s your daily roundup of all the NFL news that’s affecting the upcoming 2020 season. Today we’re checking out a few player notes and seeing what the league will look like when teams get back onto the field, so let’s jump right in and take a closer look at the latest NFL updates. Get Free NFL Picks and NFL Predictions for every game all season long at Sports Chat Place.

Jamal Adams Latest - If your NFL squad is in need of a First-Team All-Pro safety, you might be getting an early Christmas present. The Jets’ Jamal Adams has officially requested a trade, and is effectively trying to force the team’s hand in choosing his destination despite still having two years left on his contract. As of right now, it seems New York is content to stick with Adams, but if the situation becomes unsalvageable there are a few teams out there which might be good potential landing spots for Adams.

The Cowboys are probably the most obvious and best potential situation for Adams to land in. Dallas really needs help in their secondary (and they’ve needed it for years), and Adams likely wouldn’t demand an extension right away from his hometown team. There were reports that the Cowboys offered a first-round pick for Adams in October but the New York declined. This could be the spot for Dallas to swoop back in.

There are a few other spots pundits are predicting Adams will go (assuming he’s actually traded), including Baltimore, Jacksonville, Philadelphia, Houston or maybe even Tampa Bay. Of those, Baltimore and Jacksonville are probably the most realistic suitors at this point, since the other teams would have to do some maneuvering to find the right balance of trade capital.

All of this is still speculation, however. As of now the Jets are publicly sticking with Adams heading into 2020, but there’s no doubt their phones will be ringing with new offers. Stay tuned on this one.

Gordon Applies for Reinstatement (Again) - Remember Josh Gordon? Well, we could be seeing him on an NFL field again following his fifth(!) suspension from the league last fall. He has officially applied for reinstatement after playing five games for Seattle last year.

Gordon was suspended indefinitely after violating the league’s substance abuse and PED policy in mid-December. If all goes well for Gordon he wants to be back in the NFL’s good graces by training camp. He’s struggled with substance abuse issues dating all the way back to his college days at Baylor prior to an eight-year NFL career. Gordon is an incredible talent and it's safe to say that most NFL fans are rooting for him to overcome his personal issues and stay on the field.

Gordon’s agent blamed the death of Gordon’s brother for the player’s relapse this past December, and says Gordon has “installed the right team around him to make sure he’s on the right path."

What the NFL will do here exactly remains a mystery, but considering they’ve been empathetic and lenient with Gordon and his troubles we may see a sixth league stint for the electric wide receiver. If Gordon does manage to get reinstated, he’ll have no shortage of teams knocking at his door.