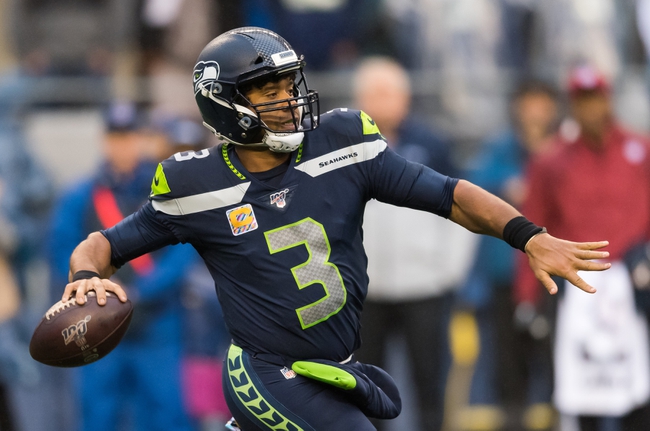 The Baltimore Ravens and the Seattle Seahawks meet in a Madden 20 NFL simulation game on Sunday afternoon.

The Baltimore Ravens will look to build off of a 34-22 win over the New York Jets in their last sim appearance. Lamar Jackson leads Baltimore on offense at quarterback with a 92 overall rating, with 92 throw power and 92 short pass accuracy to go along with 96 speed, 96 acceleration and 95 agility. Mark Ingram II comes in at 86 overall as the Ravens’ top RB with 88 speed, 91 acceleration and 89 carrying while Mark Andrews is not far behind at TE with an 85 overall rating. Defensively, Earl Thomas III leads the Ravens with a team-high 93 overall rating, including 92 jumping and 96 zone coverage at free safety and Michael Pierce is a solid 91 overall on the defensive line with 94 block shedding and 90 impact blocking while Marlon Humphrey and Marcus Peters put together a strong pair in the secondary at 89 and 85 overall for Baltimore. Humphrey possesses a 90 man coverage rating as well as 92 speed and 93 acceleration while Peters has 87 man coverage, 91 speed and 91 acceleration.

The Seattle Seahawks will try to build off of a 61-38 win over the Dallas Cowboys in their last sim appearance. Russell Wilson leads Seattle’s offense with a solid 97 overall rating with 86 speed, 90 acceleration and 93 agility as well as 91 throwing power and 93 short pass accuracy, 94 medium pass accuracy and 96 deep pass accuracy. Tyler Lockett is the Seahawks’ top wideout with an 88 overall rating including 93 catching, 93 speed, 92 acceleration and 97 agility while Chris Carson also has an 86 rating in leading Seattle’s backfield with 88 speed, 89 acceleration and 91 stiff arm. On the defensive end, Bobby Wagner is Seattle’s top defender with a 98 overall rating, with 96 tackling, 90 impact blocking, 98 power, as well as high-90s attribute ratings in pursuit and play recognition. Jadeveon Clowney is right behind on the d line at 88 overall with 95 pursuit, 91 play recognition, 87 speed and 90 acceleration.

I said it before and I’ll say it again here, the Ravens are the most overrated team in this game in my opinion, and one win last time out isn’t going to change that. The Ravens have burned us multiple times as a favorite, and now just because we’re getting points doesn’t mean I’m changing my tune, especially against a strong team like the Seattle Seahawks. I’ll lay the points with Seattle in this one.