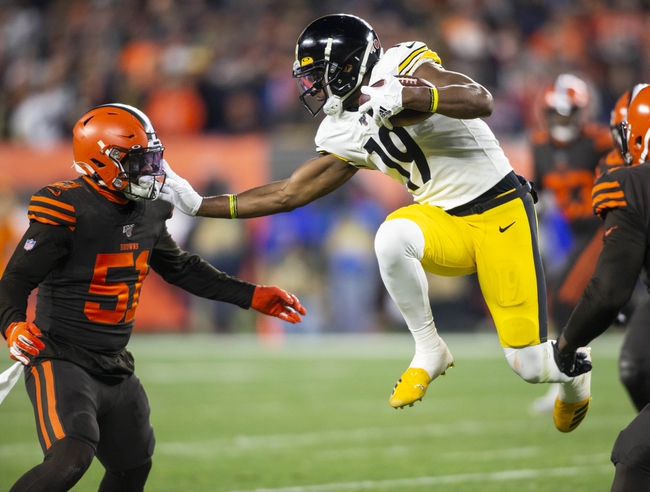 The Minnesota Vikings and the Pittsburgh Steelers meet in a Madden 20 NFL simulation game on Tuesday afternoon.

The Minnesota Vikings come into this one looking to rebound from a 43-33 loss to Kansas City in their last matchup. Stefon Diggs isn’t a Viking in reality anymore, but he’s still with the team in this game with a 93 overall rating with 92 catching, 91 speed, 93 acceleration and 93 agility. Adam Thielen has a 91 overall rating another wide receiver spot with 90 speed and 93 grades in acceleration and agility as well. Thielen also has 95 catching and 90 catching in traffic. Dalvin Cook leads Minnesota’s ground attack at 90 overall with 91 speed, 92 acceleration and 94 agility while Kyle Rudolph is an 84 overall rated tight end and Kirk Cousins is 84 overall at starting quarterback. On the defensive end, Harrison Smith leads the Vikings at 95 overall with 93 power, 92 zone coverage, 95 play recognition and 93 pursuit. The Vikings have a group of 90 overall rated defenders, with Everson Griffen and Danielle Hunter sitting opposite on the D-line while Eric Kendricks hunkers down the linebacking corps. Linval Joseph also sits at 86 overall in the middle of the defensive line.

The Pittsburgh Steelers come into this one looking to bounce back from a 38-24 loss to the Los Angeles Chargers in their last sim appearance. . JuJu Smith-Schuster leads Pittsburgh on offense at WR with an 86 overall rating, which includes a rating of 91 speed and 92 acceleration as well as 90 catching and 93 catching in traffic while James Conner is Pittsburgh’s leader in the ground attack with an 81 overall rating with 86 speed, 89 acceleration and 89 carrying. Ben Roethlisberger is the starting QB with an 81 overall rating with 89 throwing power and 89 short passing accuracy. On the defense, Cameron Heyward leads Pittsburgh rated at 90 overall with 93 strength, 91 tackling and 92 power move while Stephon Tuitt is on the other side of the front at 87 overall with 90 block shedding and 91 strength.

I get why the Vikings are favored here, as they’ve been one of the stronger sim teams as of late. However, the Vikings have also stumbled here and there and while the Steelers have also had their ups and downs, they’re the team getting points here and a decent amount of points at that. I think this is a game that could be a 3-4 point game, so I’ll take a shot with Pittsburgh and the points in this one.