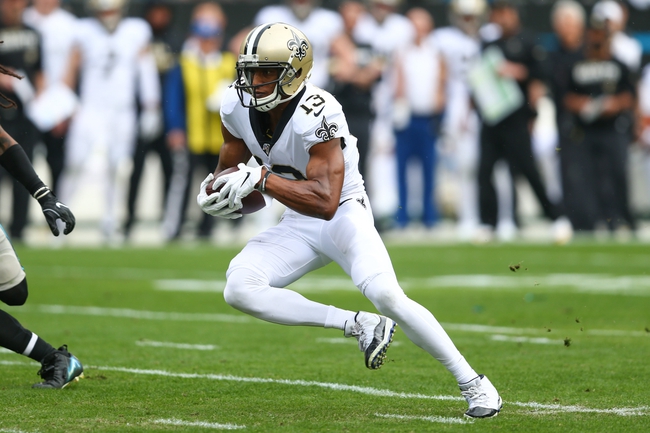 The Green Bay Packers and the New Orleans Saints meet in a Madden 20 NFL sim matchup on Thursday night.

The Green Bay Packers will look to rebound from a 48-18 loss to the New England Patriots in their last sim matchup. Davante Adams leads the Packers on the offensive at 94 overall, with 94 catching and 94 catching in traffic while also possessing 89 speed and 92 acceleration. Aaron Rodgers is the starter under center with an 89 overall rating, with 94 throwing power, 90 short pass accuracy and ratings in the high-80s in medium and deep pass accuracy while Aaron Jones leads Green Bay’s rushing attack with an 87 overall attribute rating with 93 carrying, 92 juke, 91 speed and 93 acceleration. On defense, Kenny Clark leads Green Bay’s pass rush at 90 overall with 95 strength with 92 block shedding and 89 power moves while Jaire Alexander is not far off at 89 overall to lead the Green Bay secondary at cornerback, with 92 man coverage in addition to 93 ratings in speed and acceleration with 94 agility. Za’Darius Smith and Adrian Amos come in at 88 and 87 overall respectively as well as a pair of key pieces in a stacked Green Bay defense.

The New Orleans Saints will try to build on a 43-24 win over the Los Angeles Chargers last time out. Michael Thomas leads New Orleans as one of Madden’s five highly-desired 99 overall rated players, with 89 speed, 92 acceleration and 92 agility as well as 99 catching, 98 catching in traffic and 97 spectacular catch with 96 release and 93 jumping. Drew Brees starts at QB for New Orleans at 94 overall with 99 short pass accuracy, 97 medium pass accuracy and 91 deep ball accuracy and Alvin Kamara leads the Saints at RB with an 89 overall rating, including 94 acceleration, 93 agility, 90 carrying and 90 juke while Jared Cook is at 87 overall with 90 acceleration and 85 catching. On the defense, Cameron Jordan leads New Orleans’ D-line at 92 overall with 92 impact blocking, 89 tackling and 94 finesse move. Demario Davis is at 89 overall at outside linebacker with 90 play recognition and 90 pursuit as well as 86 speed and 89 acceleration. Marcus Williams and Marshon Lattimore also make up a big chunk of the New Orleans secondary at 86 and 85 overall.

This is a great game by name brand, Packers vs. Saints, but in these sim games, I’m having a hard time getting a read on the Packers. Green Bay’s gone on nice runs here and there, but we’ve seen Green Bay get beat down quite a bit as of late. New Orleans has been consistent throughout the course of these sim games and the Saints are still one of the better teams in the game as well. I’ll lay the point with New Orleans in this one.