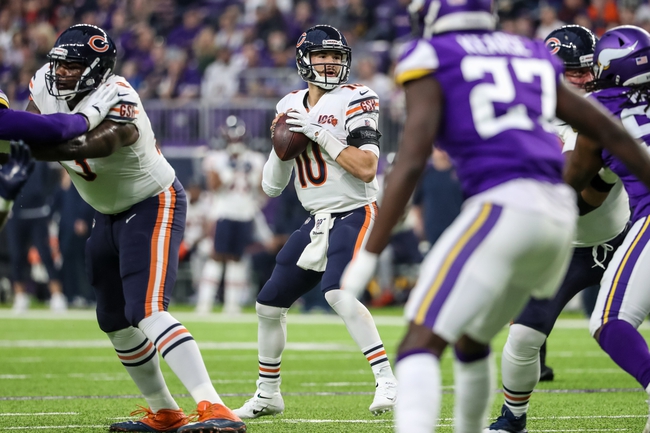 Here’s your daily roundup of all the NFL news that’s affecting the 2020 season. Today we’ve got some player notes and new info on what the league will look like when teams get back to the field, so let’s jump right in on the latest NFL updates. Check back all season long for free NFL picks and NFL predictions at Sports Chat Place.

NFL 2020 Season Advertising - The NFL will look pretty strange this season when it comes to games, and that translates to TV/streaming broadcasts as well. According to a report floating around out there today, the league will block off the first six to eight rows of stadium seating (including suites) during games this year and use that space to sell advertisements. The seats will be covered with tarps that would include sponsor logos—similar to what EPL teams are doing right now during their games.

Sure it’s weird, but when you think about it, the move is pretty obvious. NFL owners will not get  anywhere near the same ticket and concession revenue as usual this year, so the expanded advertising is a no-brainer way to make up for some of that lost income. As a fan, it’ll be strange initially but as long as the placement is relatively non-distracting we’ll get used to it.

Bears Quarterback Watch - With all the weird happenings in a straight-up miserable offseason, it’s been easy to overlook some of the key positional battles around the league. Now that we can slow down a bit and take a breath, it’s a good opportunity to check in on some of those situations and begin to speculate. We’ll visit with the Chicago Bears today, so let’s visit their ongoing quarterback competition.

The Bears have a couple of QB options in Mitchell Trubisky and the newly-acquired Nick Foles, and all the talk in Chicago has been about which guy will get (and maintain) the starting job. Veteran wide receiver Ted Ginn—who signed with the Bears in April—offered his take on the situation this week and said he believes Trubisky will be the team’s starter. That’s something of a hot take, considering Chicago declined Trubisky’s fifth-year option and traded for Foles during this offseason. If Trubisky does land the Week 1 starting job, he’ll have to play at a consistently-high level and always have to worry about the specter of a former Super Bowl MVP right behind him. That’s a pretty stout task, so the QB competition in Chicgao—and the division as a whole—should be very interesting to watch this season.

Malcolm Jenkins Expresses Doubt - We’ll finish up today with a situation that could grow into a major issue for the NFL, and that’s players expressing doubt about holding a 2020 season during the coronavirus pandemic. The annual Hall of Fame game is pretty much gone at this point, and we’re likely to see a vastly abbreviated preseason at best.

All-Pro Saints safety Malcolm Jenkins made some comments about returning to action in the NFL so soon, pointing to an “honor system” of virus testing that could get out of hand in the close quarters of on-field play.

Whether or not Jenkins’ sentiments are shared by a wide patch of NFL players remains to be seen, but the fact that he’s expressing concern could resonate throughout the league. We’ll visit this situation more as the season draws closer, so stay tuned.