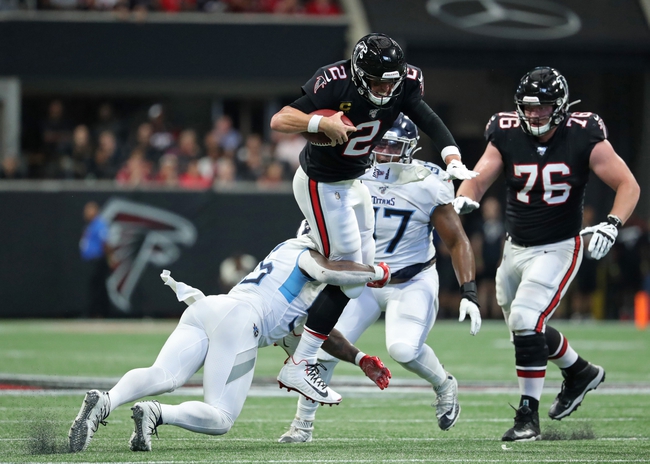 The Atlanta Falcons and the Cleveland Browns meet in a Madden 20 NFL sim matchup on Friday afternoon.

The Atlanta Falcons come into this game will look to rebound from a 30-14 loss to Dallas in their last sim game. Julio Jones leads Atlanta with a 97 overall rating, with 92 speed and 94 agility to go along with 96 catching, 95 catching in traffic and 98 spectacular catch. Austin Hooper’s rated 89 overall at tight end with 97 catching while Matt Ryan comes in at 87 overall at starting quarterback and Devonta Freeman leads the Falcons’ rushing attack with an 85 overall rating with 92 speed and 94 agility. On D, Grady Jarrett leads Atlanta rated 90 overall with 89 strength, 90 block shedding and 93 power move while Deion Jones is the Falcons’ top linebacker at 86 overall with 89 pursuit, 90 speed and 91 acceleration. Keanu Neal and Desmond Trufant lead the Falcons’ secondary at 85 and 84 overall respectively with Trufant logging 92 speed, 93 acceleration and 96 agility.

The Cleveland Browns will try to bounce back from a 24-21 loss to Tennessee in their last sim appearance. Nick Chubb leads the Browns on offense with a 92 overall rating, with 92 speed, 91 acceleration and 85 strength grades. Odell Beckham Jr. is the top receiver for Cleveland, rated at 90 overall with a 99 rated spectacular catch as well as 91 in catching in traffic and a 98 mark in ball carrier vision while also having 94 ratings in speed and acceleration and 98 agility. Kareem Hunt is rated 88 overall at running back, with 90 speed and 92 acceleration and 92 agility along with a 98 carrying rating while Baker Mayfield is rated at 76 overall as Cleveland’s starting QB, including 93 throwing power, 87 short pass accuracy and 85 long ball accuracy. On the defensive side of the ball, Myles Garrett is the leader with a team-high 93 overall rating at defensive end, with 85 speed, 90 acceleration and 96 strength as well as a 95 power move rating.

I considered both sides coming into this one, but both sides have just been so frustrating to back that even getting points or a low line doesn’t do much for me. Instead, I’m going to side with the over as this just feels like a game that ends up soaring into the 60s when all is said and done. Plus there’s enough offensive talent on both sides to get us there, so I’ll take the over in this one.