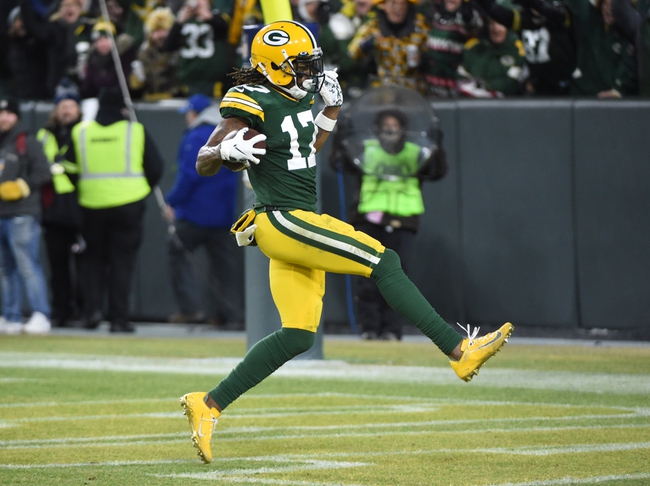 The San Francisco 49ers and the Green Bay Packers meet in a Madden 20 NFL simulation game on Friday night.

The San Francisco 49ers will look to build on a 58-17 win over the Los Angeles Chargers in their last sim matchup. George Kittle leads the 49er offense as a 97 overall rated tight end with 98 catching while Emmanuel Sanders comes in as the top wideout for the 49ers at 89 overall with 94 catching, 92 acceleration and 93 agility. Jimmy Garoppolo is starting under center for the Niners at 84 overall while Tevin Coleman is right behind at running back at 82 overall with 93 speed, 92 acceleration and 93 agility. On the San Fran defense, Richard Sherman leads the way at 94 overall at cornerback, with 99 awareness as well as 98 jumping, 90 man coverage and 99 zone coverage. Nick Bosa heads the 49ers’ pass rush at 89 overall with 91 finesse move and 91 acceleration. The San Francisco defense also has four additional defenders with at least an 85 overall rating, including Arik Armstead, DeForest Buckner, Dee Ford and Fred Warner.

The Green Bay Packers come into this one fresh off of a hard-fought sim game against the Saints last time out. Davante Adams leads the Packers on offense at 94 overall, with 94 catching and 94 catching in traffic while also possessing 89 speed and 92 acceleration. Aaron Rodgers is the starter at quarterback with an 89 overall rating, with 94 throwing power, 90 short pass accuracy and ratings in the high-80s in medium and deep pass accuracy while Aaron Jones leads Green Bay’s ground attack with an 87 overall attribute rating with 93 carrying, 92 juke, 91 speed and 93 acceleration. On defense, Kenny Clark leads Green Bay’s defensive front at 90 overall with 95 strength with 92 block shedding and 89 power moves while Jaire Alexander is not far off at 89 overall to lead the Green Bay secondary at cornerback, with 92 man coverage in addition to 93 ratings in speed and acceleration with 94 agility. Za’Darius Smith and Adrian Amos come in at 88 and 87 overall respectively as well as a pair of key pieces in a strong defensive group for Green Bay.

This is one heck of a matchup all things considered, but the 49ers have gotten back to playing well in these sim matchups, while the Packers have had their share of hiccups here and there as of late. This game could go any way, but I just think the 49ers are the slightly better team here so I’ll side with San Francisco in this pick ‘em scenario.