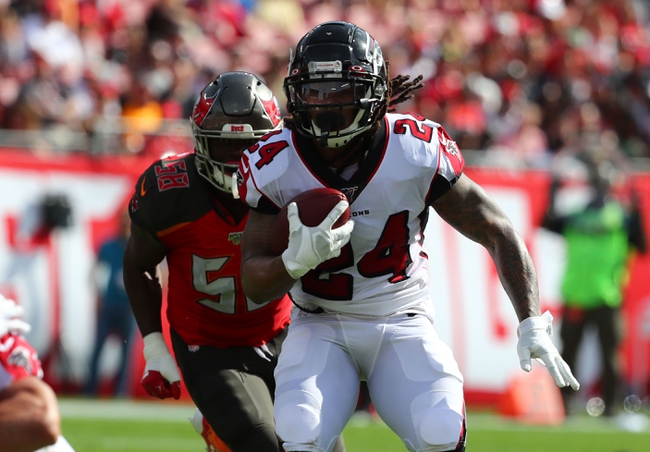 Here’s your daily roundup of all the NFL news that’s affecting the 2020 season. Today we’re checking out some training camp notes as well as items on players from around the league, so let’s jump right in with the latest NFL updates. Check back all season long for free NFL picks and NFL predictions at Sports Chat Place.

NFL Training Camp Update - Now that the NFL is moving forward and putting a structure in place for the 2020 season, we can start speculating on how feasible those plans are. The league is still confident about its reopening schedule, and has advised teams to expect an on-time start for training camps in July. Most teams will have players report to camps by July 28.

It’s good to know that the NFL is still planning on holding camps on time, but there’s still plenty to work out as far as health and safety protocols for after the camps open. There’s also the matter of figuring out a plan for the preseason games; the Hall of Fame matchup has been cancelled already, and there’s been lots of talk about cutting the preseason in half, from four games to two. A rep from the league said yesterday that the NFL expects to know what’s happening with the preseason games “relatively soon,” so we’ll keep you posted when that info is determined.

Jamal Adams Trade Rumors - It’s been a few days since we’ve checked in on the situation with the Jets’ Jamal Adams and his potential trade. Rumors have been swirling about an Adams deal since back in October, when it was reported that the Jets were actively shopping the All-Pro safety. One team that has been talked about heavily as a potential Adams landing spot is the Cowboys, and Dallas may not have to cough up significant draft picks to land him.

There are some trade rumors floating around out there concerning this one. One scenario has Dallas and New York in more of a player-for-player trade, and with the Jets consciously rebuilding their offensive line we could see the team target a Cowboys player like right tackle La’el Collins. Dallas may not bite on a deal for Collins, as their offensive line already lost center Travis Fredrick, but if they can figure something out, it could be worth it. Adams is a real prize, and with Dallas being his hometown, he’d be happy playing in a Cowboys uniform. More on this one as it develops.

Free Agent RB Watch - During a normal offseason, most NFL free agents would already be with their new teams and practicing for the season. This year has been anything but normal obviously, so that means there are plenty of really talented free agents left out there. We’ll look at running back today.

The top four names at RB still in the free agent pool are Devonta Freeman, Lamar Miller, Theo Riddick and Spencer Ware. All are capable backs, but on the downside all are past 28 years old and entering that dreaded “down slope” of a running back career. That said, there’s plenty of gas left in the tank with these guys, and any one of the quartet would make a nice veteran addition for a competitive team.

Free agent contract negotiations are pretty sticky this year, with teams tightening the purse strings due to lost revenue. Freeman in particular has been described by Tampa Bay coach Bruce Arians as “asking for a lot of money, and we don’t have it,” which is probably a common theme around the league with free agents. We’ll keep you posted on where these guys land as the season draws closer.