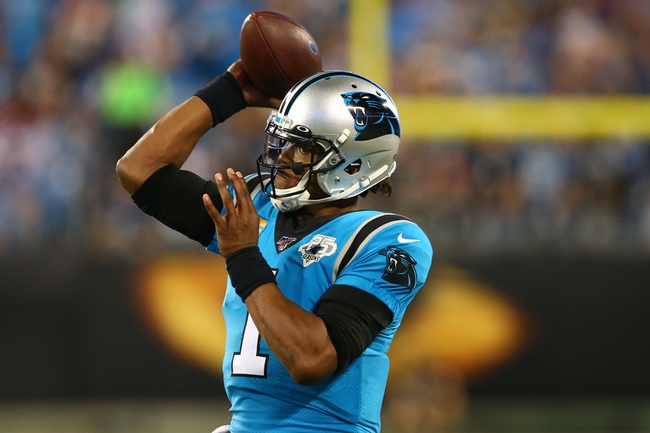 Here’s your daily roundup of all the current NFL news that’s affecting the 2020 season. Today we’re checking out some major storylines and visiting with situations around the league, so let’s jump right in with the latest NFL updates. Check back all season long for free NFL picks and NFL predictions at Sports Chat Place.

Patriots Sign Cam Newton - There are a couple of major news items out there surrounding the Patriots, so let’s check in on those. First off is a really interesting situation with quarterback Cam Newton, whom New England inked to a one-year contract on Sunday. Newton will roll into Foxboro after playing with Carolina his entire career (stretching back to a first-overall draft selection in 2011), but does have some injury clouds looming. Newton played in just two games last year, and has hurt his knee, shoulder and foot during his career. His latest injury setback came with the Lisfranc ligament in his left foot, which caused Newton to undergo surgery shortly before all the pandemic fun began.

In any case, this move does make a whole lot of sense for all involved. Newton is looking to reestablish himself as a top-tier QB in the NFL, and considering New England just lost their best player in franchise history in Tom Brady, the splash fits the team as well. The Newton signing also detracts attention from the “other” Patriots story in the news today. Speaking of, let’s check that one out.

NFL Fines Patriots - The league handed down a penalty on the Patriots this week, fining the team $1.1 million and taking away a third-round draft pick in 2021. The punishment stemmed from a December 8 game between the Bengals and Browns, in which New England’s television crew filmed the field and sideline. As part of the punishment, the Patriots’ TV crew will not be permitted to film any games during the 2020 season, and will have to undergo required training on NFL operation and game policies.

From the New England side, they claim the filming was an “unintended oversight,” as the crew was shooting footage for a web series at the time. In light of past controversies however, this one probably won’t go away for a while.

Mike Person Retires - We’ll finish up today with a quick retirement note. Nine-year NFL veteran offensive lineman Mike Person has closed the book on his pro career. He retires after spending his final two NFL seasons with San Francisco, and he was a starter in Super Bowl LIV back in February.

The 49ers released Person in April during a conscious effort by the franchise to clear salary cap space. Although he never remained with a team for more than two seasons, Person’s final pair of years with San Francisco were solid. He started all 16 games in 2018 and 14 more last year. Person cited some fairly common reasons involved in his decision to retire, including health and family obligations. He'll be missed on that 49ers line as the team tries to get back to the Super Bowl this season.

The pick in this article is the opinion of the writer, not a Sports Chat Place site consensus.
Previous Pick
Kansas City Chiefs vs. Los Angeles Chargers - 6/28/20 Madden 20 Sim NFL Pick, Odds, and Prediction
Next Pick
NFL News: Update for 6/30/20