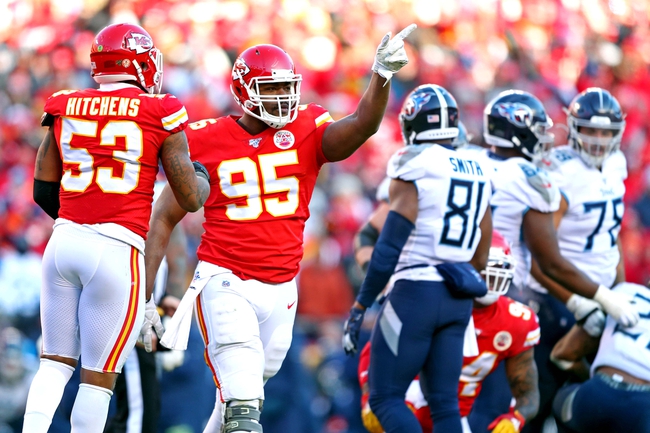 Here’s your daily roundup of all the current NFL news that’s affecting the 2020 season. Today we’re visiting with some training camp and player storylines, so let’s jump right in with the latest NFL updates. Check back all season long for free NFL picks and NFL predictions at Sports Chat Place.

Chris Jones Contract Countdown - The Super-Bowl-champion Chiefs may very well have a dilemma on their hands. Talented defensive lineman Chris Jones is angling for a contract extension, and the two sides have until July 15 to get a long-term fix worked out. The problem? Jones said this week that he has “always viewed himself as a $20 million-plus” per-season NFL player. He also said that if the Chiefs don’t give him a generous enough offer, he won’t play in 2020.

Jones also drew himself a comparison to the Jets’ LeVeon Bell, who held out the entire 2018 season with the Steelers during a contract dispute, and subsequently was released. Things worked out financially for Bell however, as he signed a rich deal with New York.

So where does that leave Jones? Well, he’s on the franchise tag for this season if a deal can’t be worked out in the next two weeks, and would make $16.1 million in 2020 under that designation. There are just two other players at the DT position in the NFL who make more than $20 million per season: Aaron Donald of the Rams and DeForest Buckner of the Colts. That said, there aren’t too many defensive tackles in the league who have the kind of game-breaking talent Jones has. During the last two seasons, he’s posted 24.5 sacks in 29 games and is a pretty versatile player. That’s a big issue for the champion Chiefs to deal with, and it could have huge implications on their quest for a repeat.

NFL Schedule Outlook - Considering NFL training camps are now just four weeks away, it’s time to really start examining the league’s plans for pulling off a “normal” 17-game season. Things have been strange to say the least, and there’s still plenty left to finalize concerning camps, exhibition games and the season itself.

Training camps are (as of now) still scheduled for July 28, with rookies and a few other players allowed to report earlier. The 2020 regular season is still set for September 10. Beyond that, things get a little hazy concerning preseason games. The Hall of Fame Game and enshrinement festivities have been scrapped this year, and there are probably more exhibition games on the proverbial chopping block. There’s been lots of talk about halving the preseason—which seems likely at this point—so we’ll be getting some more information on that from the league very soon.

Fans at Games - The NFL has been dragging its feet in making a formal decision about allowing fans at games, but we’re getting indications of what may happen from teams around the league. On Tuesday, the Eagles notified season-ticket holders that their installments (due this week) would not be billed, and that’s ignited a lot of talk about fan-less NFL games this season.

Though we’re yet to get an official word from the league—and probably won’t until the season draws closer—it’s not looking terribly good for live attendance in 2020.