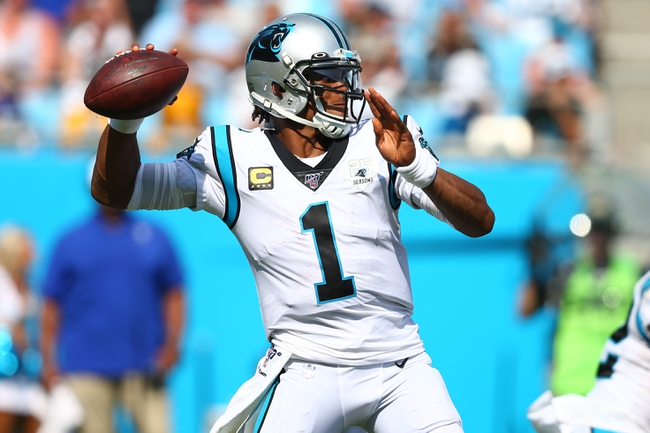 Here’s your daily roundup of all the current NFL news that’s affecting the 2020 season. Today we’ve got some breaking news on the preseason and some player notes. Let’s jump right in with the latest NFL updates. Check back all season long for free NFL picks and NFL predictions at Sports Chat Place.

NFL Preseason Cut in Half - Since the announcement of the league continuing with its season, there’s been much speculation and rumor about cutting the preseason down. It appears we’re getting that very scenario, as the NFL will be holding just two preseason games this year as opposed to the usual four. We won’t have games in Week 1 or Week 4 specifically, which makes sense. Those are the two games in which starters are most sparingly utilized, and thereby the least interesting to fans.

There are at least a few different factors going into this decision by the NFL. The road teams in the preseason games will have an easier time with travel situations, and the extra couple of open weeks will allow for some much-needed practice time. On top of that, it’s hard to find an NFL fan who doesn’t think the preseason is too long (and boring) as-is. It seems like a pretty sensible decision by the league and I doubt too many people will have issue with it.

Jordan Love Contract Notes - Here’s an interesting item out of Green Bay. On Wednesday, Packers 2020 first-round draft pick Jordan Love signed his rookie contract, and it’s a pretty generous one. Love’s four-year deal in Green Bay is set for $12.38 million, and in an unprecedented move all of that money is fully guaranteed.

Love was selected with the No. 26 overall pick in the 2020 NFL Draft, and with this deal he becomes the first player selected at 25 or lower to receive a fully-guaranteed contract. It’s no secret that Green Bay is really “in love” with Love, as the team made a trade to move up four spots to get him earlier than he was expected to go.

It remains to be seen how the Packers’ current starting QB Aaron Rodgers feels about this signing—not to mention the draft in general. Green Bay didn’t select any wide receivers there, and the Love selection means Rodgers could conceivably not finish his career in a Packers uniform. It’s a situation to watch over the next couple of seasons, and should get pretty interesting.

Cam Newton Contract Notes - While we’re on the subject of contracts, we’ll finish up today with a closer look at Cam Newton’s new deal with the Patriots. Although there aren’t many details beyond the contract being “incentive-laden,” we do know a few things for sure.

Newton signed for one year at a $1.05 million minimum base salary. The incentives in the deal and per-game roster bonuses could push Newton’s salary up to $6.45 million, however. New England could also use the 2021 franchise tag on their new QB.

It’s a great deal for the Patriots, and a good opportunity for Newton to showcase himself. He’s in a good situation with a potentially great team in a weak division, and with some strong numbers the sky’s the limit on Newton’s next deal.