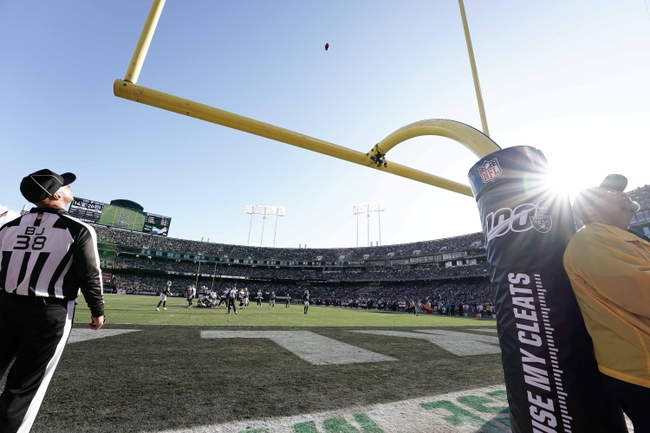 Here’s your daily roundup of all the current NFL news that’s affecting the 2020 season. Today we’re looking at some preseason updates and notes from around the league. Let’s get right to it with the latest NFL updates. Check back all season long for free NFL picks and NFL predictions at Sports Chat Place.

NFL 2020 Preseason Latest - This week, we got some information on a likely course of action for the NFL preseason. The league is planning on cancelling half the preseason games this year, likely Weeks 1 and 4. This is an effort to minimize virus spread risks during travel, as well as give teams more time on the practice field before the 2020 regular season begins.

The first and last preseason games make sense from a fan standpoint as well, as those are the outings in which teams’ starters tend to play the least. Nothing is official just yet as the NFL attempts to navigate the minefield of reopening, but it’s conceivable that the league may scrap the entire preseason. Casual NFL viewers probably wouldn’t care too much if that happens, but it would be a detriment to the quality of play in the early-going of the season. It normally takes players a couple of games to get readjusted to the breakneck pace of game speed. This is a storyline to watch, so we’ll keep you posted.

Training Camp Rosters Cut? - Another aspect of possible virus adjustments on the table for the NFL is the size of training camp rosters. The number being proposed in current reports is 75 to 80, which isn’t exactly a huge cut from the usual 90 players in camp. That said, nothing is a guarantee these days, and any reduced risk should be seen as a positive for the NFL. Whether or not the league actually follows through with the proposed cuts remains to be seen, however.

2021 NFL Draft - There’s been plenty of talk about the college football season possibly being delayed until spring, but as of yet that hasn’t affected the planned NFL Draft in 2021. The league seems pretty set against altering the date if it can be avoided as well. Representatives from the NCAA have reportedly gone so far as to have conversations with the NFL about pushing the pro draft back next year, but apparently the NFL wasn’t interested.

If the college season is indeed pushed back, and if the NFL does indeed keep their draft intact, we could have a strange situation in 2021. Teams won’t have a lot of time to scout the college players who are out on the field in March or April, and the shortened window doesn’t allow for much NFL Combine training time. All of this is just speculation at this point of course, but could be the beginnings of a tricky situation for both the NFL and the NCAA.

Virus Protocol Fines? - Yesterday, the NFLPA conducted a conference call with player reps and medical experts, discussing protocols that will be in place during the 2020 season. According to a source, players were told that they could be fined for engaging in “reckless” behavior off the field, including using ride-sharing services or eating out in restaurants.

This is another situation that could become dicey as players and the public at large get back into the swing of things. The league and the players will have to be both diligent and honest when it comes to contact tracing, but as long as everyone is on board and working toward the same goal pulling off the season is still a realistic possibility.