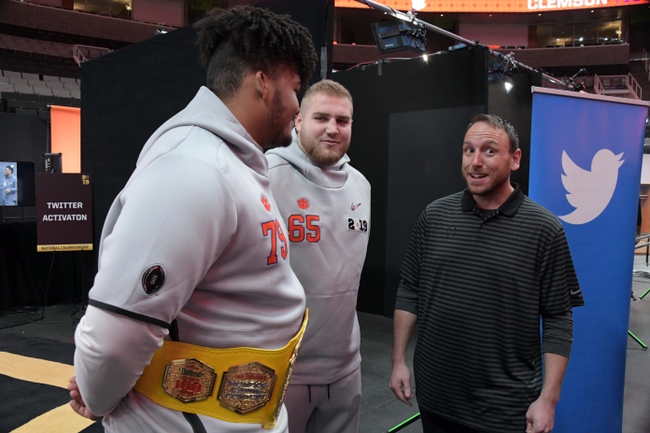 This has become an American holiday tradition that may not be all that appealing to watch, but it’s another event where we can make some money.

There’s a lot of prop bets floating out there, so let’s not waste much more time and put together some of the best available options.

Joey Chestnut wins Nathan's Contest, Yes -1300 - Joey Chestnut has won 12 of the last 13 hot dog eating contests, including each of the last four contests. The one other person to win during that span was Matt Stonie, and he won’t be able to participate due to traveling issues with the Coronavirus. Based on history and the fact his biggest threat isn’t participating, it’s worth laying these odds with Chestnut to win yet again.

Chestnut hot dogs eaten, 71-72 +200 - Chestnut has eaten at least 70 hot dogs every year since 2016 and is averaging 71.75 hot dogs during that span. Based on the averages, I’ll take a shot at this prop for a chance to make double my money.

Darron Breeden Total Hot Dogs Eaten, Over 49.5 -150 - Darron Breeden has gone from being pretty unknown to a top-five eater in the world and now one of the biggest threats to Chestnut with Stonier out. You can expect a solid number from Breeden considering he’s topped his number each of the last three years and ate 50 hot dogs last year. This is a comfortable bet with reasonable juice.

Geoffrey Esper Total Hot Dogs Eaten, Over 48.5 -120 - Geoffrey Esper is somebody else who has improved his hot dog numbers the last few years and ate 47 last year. Esper is also somebody who has worked his way to the second best eater in the world and has broken three records in the last year, so his confidence should be through the roof right now. I expect a big number from Esper.

Miki Sudo wins Nathan's Contest, Yes -1350 - Miki Sudo is the best female eater in the world right now and there’s really not a close second place. Sudo has won this contest each of the last six years and that’s with her hot dog total decreasing each of the last three years. Last year was the lowest high total for a female since 2003. However, don’t let the numbers discourage you as she actually had a better showing than Chestnut back in August in the Buffalo Buffet Bowl. Sudo wins yet again and I’d even parlay this with Chestnut if possible.

The pick in this article is the opinion of the writer, not a Sports Chat Place site consensus.
Previous Pick
Georgia State vs. Appalachian State - 2/13/20 College Basketball Pick, Odds & Prediction
Next Pick
Free Sports Betting Picks & Expert Predictions for 10/13/20