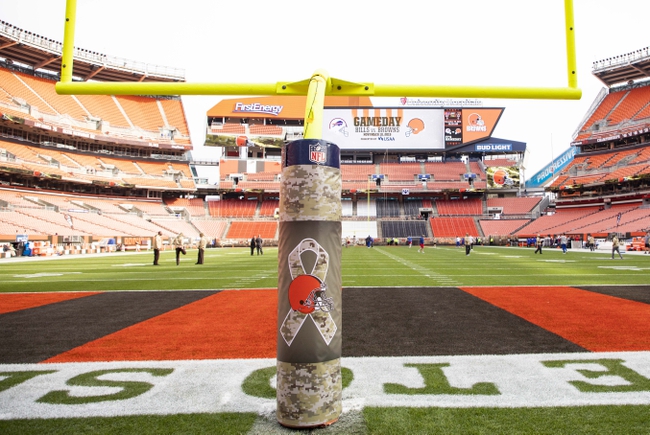 Here’s your daily roundup of all the current NFL news that’s affecting the planned 2020 season. Today we’re checking out some schedule notes and tidbits from around the league. Let’s get right to it with the latest NFL updates. Check back all season long for free NFL picks and NFL predictions at Sports Chat Place.

No Preseason Games? - This week, there’s been plenty of talk about potentially adjusting the NFL preseason schedule in order to compensate for lost camp and practice time this season. It appears at least two weeks will be trimmed from the exhibition schedule, and if the players’ association gets its way there won’t be any at all.

On Friday, the NFLPA board of player representatives voted unanimously to recommend skipping the 2020 preseason entirely. That leaves the league to make a formal decision, which should be coming relatively soon. If the NFL does indeed choose to drop the preseason entirely, it will put team coaches in a strange position of trimming rosters and forming strategies with no actual game film to work from.

As of now, it seems that preseason Weeks 1 and 4 are on the chopping block, and if Weeks 2 and 3 follow suit the fans aren't likely to care a whole lot. Sure, the preseason is a welcome signal that the NFL is back, but no one really likes exhibition games all that much. We’ll come back to this one in the daily updates as the story develops.

Salary Cap Talks - Another issue that was heavily discussed this week is the potentially high amount of lost revenue due to no fans in attendance at NFL games this season. The owners and the players’ union have tried cracking this subject from several different ways, and the salary cap is a likely casualty.

According to plans being discussed, the NFL salary cap could be lowered for several years to come in order to make up for lost revenue in attendance this season. That’s bad news for player salaries obviously, and could become a sticking point in negotiations in the near future.

There are also some more creative ideas being suggested, including covering the closest seats to the field with advertisements and selling the space. If all goes well these talks should be wrapped up by the end of the month, but we’ll see how it goes.

Virus Fines? - Provided the 2020 NFL season goes along as planned (which is still not 100 percent at this point), we’ll be getting a mountain of coronavirus-related rules and restrictions the players must follow. According to reports, violating these rules could potentially result in fines as a penalty. The fines for “conduct detrimental” could encompass a long list of off-the-field activities, including using ride-sharing services and eating out at restaurants.

There have also been ongoing discussions on NFL players potentially wearing face shields during games, practices and workouts. The players are understandably pushing back against that from an athleticism standpoint, but we could end up seeing a masked league this year. More on the talks as they develop.

The pick in this article is the opinion of the writer, not a Sports Chat Place site consensus.
Previous Pick
NFL News: Update for 7/3/20
Next Pick
Kansas City Chiefs vs. Houston Texans - 9/10/20 NFL Pick, Odds, and Prediction