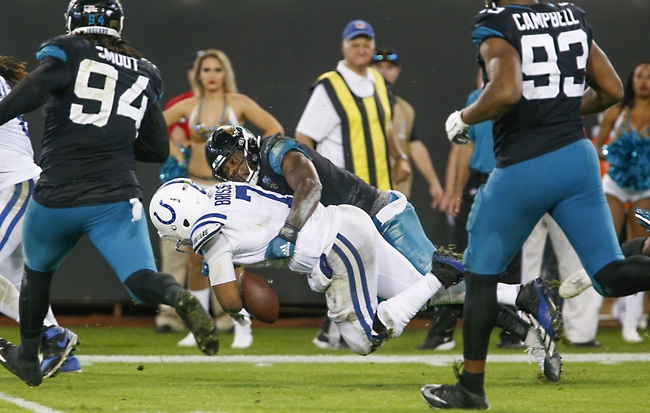 The Indianapolis Colts won seven games last season and ended up losing seven of their last nine games overall. The Colts have a slid offensive line, a power running game led by Marlon Mack and Jonathan Taylor, and now they have a proven and veteran quarterback in Phillip Rivers. Despite being 38 years old, Rivers has topped 4,000 passing yards each of his last seven seasons and should thrive with better protection than he had with the Los Angeles Chargers. Of course, a healthy wide receiver in T.Y. Hilton only makes the Colts offense that much more effective. Defensively, the Colts get a massive boost with the addition of DeForest Buckner, who had 28.5 sacks in four years with the San Francisco 49ers, and he’ll make the job of linebacker Darius Leonard much easier. Buckner also helps free up Justin Houston, who often faced double teams last season and still led the team with 11 sacks. The Colts should not be overlooked this season.

The Jacksonville Jaguars are coming off a six-win season and ended up losing six of their last eight games. The Jaguars offense will come down to the growth of rookie quarterback Gardner Minshew II, who was solid with over 3,200 passing yards, 21 touchdowns and a 60.6 percent completion percentage. Running back Ryquell Armstead will now likely get the bulk of the carries with Leonard Fournette being released, and the Jags have a new offensive coordinator in Jay Gruden. The Jaguars receivers don’t have household names, but there’s some potential in guys such as DJ Chark, Dede Westbrook and Chris Conley. Defensively, the Jaguars are much different than they were a few years ago, especially with the recent trade of Yannick Ngakoue. Myles Jack is still a productive player at the linebacker position and Josh Allen is coming off a 10.5 sack season, but no team fears this Jacksonville defense like they did just a couple of years ago.

The Indianapolis Colts are a talented squad with a more reliable quarterback this season, but it may take time getting adjusted to things and this is a lot of points to lay in a season opener when neither team has had a proper training camp or preseason. Rivers is also good for an interception or two, which allows teams to hang around. The Jacksonville Jaguars have also won six of the last nine meetings against the Colts for whatever that's worth. This just feels like too many points to lay in a season opener when we haven't seen even preseason games. The hook may be key here. Give me the Jags. 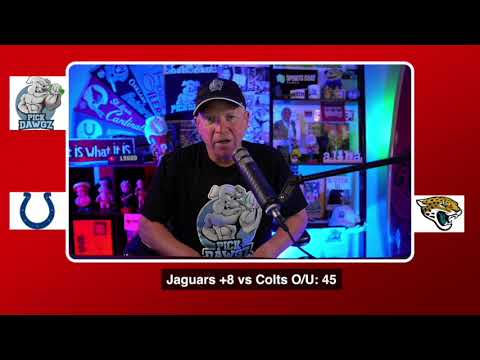