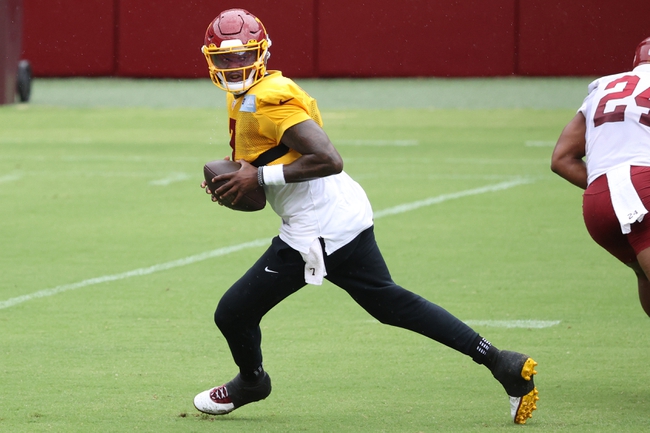 The Philadelphia Eagles and the Washington Football Team meet in opening week NFL action in an NFC North division matchup from FedEx Field on Sunday afternoon.

The Philadelphia Eagles come into the 2020 season looking to take a step forward after a decent 2019 season that saw Philly finish with a 9-7 record and win the horrendous NFC East division crown. The Eagles’ stay in the postseason was short-lived though, as Philadelphia was bounced by the Seattle Seahawks in the Wild Card round. Carson Wentz was finally healthy and the Eagles got a full season from their franchise QB and it paid dividends with Wentz throwing for over 4,000 yards, 27 touchdowns and just 7 interceptions while completing 63.9% of his pass attempts. And all of this while having no receiver log more than 500 receiving yards in the regular season. The questions about the receiving group are warranted, with DeSean Jackson and Alshon Jeffery often injured while Greg Ward broke through but doesn’t have the credentials to suggest that it was anything more than a one-off season. The Eagles do have a pair of young receivers in J.J. Arcega-Whiteside and rookie Jalen Reagor out of TCU that could flourish with proper reps and coaching combined with Wentz’s QB game if he stays healthy once again. Miles Sanders is expected to lead Philly’s ground attack once again, but he just hasn’t seemed like the type of running back that can shoulder a full workload and the Eagles may end up kicking themselves for getting rid of Jordan Howard last year. The good news for the Eagles is they boast one of the top tight end tandems in the game, with Zach Ertz and Dallas Goedert, with the two combining for over 1,500 receiving yards, 11 touchdowns and 146 receptions. Defensively, Fletcher Cox is the stalwart and main man on the Eagles’ pass rush, but now he has some help after Malik Jackson appears to be fully healthy as well as the addition of Javon Hargrave via free agency. Brandon Graham also returns after recording 8.5 sacks last year but the Eagles have a ton of question marks in the secondary with the acquisition of Darius Slay from Detroit being the first step to filling the void left by Malcolm Jenkins who left the team to bet on himself for a better contract. The Eagles also signed Nickeil Robey-Coleman to try to lock down the secondary for the Eagles in 2020.

The Washington Football Team come into the 2020 season in the midst of a whirlwind of change, starting from the team name and now to the head coaching ranks. Washington finished with a record of 3-13 last season, their worst record since finishing with 3 wins back in 2013, with Washington missing the playoffs for the fourth straight season. The change started at the top when Ron Rivera was brought in to lead Washington into the future alongside expected week 1 starter Dwayne Haskins. Haskins started at QB from week 9 onward and as much as he was criticized for questionable decision making at times, he appeared to get better as his feet got underneath him, and finished the season with 1,365 yards, 7 touchdowns and 7 interceptions. There’s a ton of questions in the Washington backfield, with Adrian Peterson now gone, Derrius Guice gone after off-field issues, Bryce Love recovering from surgery last year, and unproven commodities like J.D. McKissic and third-round draft pick Antonio Gibson, there’s a lot of intrigue as to where the carries will go. Washington also has concerns around Haskins, as Terry McLaurin was a solid pickup and a steal in the third round of the 2019 draft, but there’s not much else going on with the only name recognizable piece being Antonio Gandy-Golden, a fourth-round pick out of Liberty. Defensively, Washington used their second overall pick to select Chase Young out of Ohio State, a defensive end that Washington hopes is their second coming of Julius Peppers. Young logged 16.5 sacks and 21 tackles for a loss in 2019 with Ohio State and Washington hopes that Young can have an immediate impact on their pass rush. Young joins Ryan Kerrigan and Montez Sweat in an intimidating edge-rushing corps for Washington, while the secondary was improved by signing Kendall Ruller and Ronald Darby to replace Josh Norman and Quinton Dunbar that were part of a Washington defense that allowed opponents to convert on almost half of their third downs last year.

This is a tough one to call as there are a lot of question marks on both sides and they’re questions that’ll most likely be answered as the season goes on. With that said, these two teams even with not a lot to work with, have been able to put up points, as both meetings last year saw at least 59 points and the Eagles have also racked up at least 24 points in each of the last six head-to-head against Washington. I just think this is total is a bit too low, even for Washington and Philly so give me the over here. 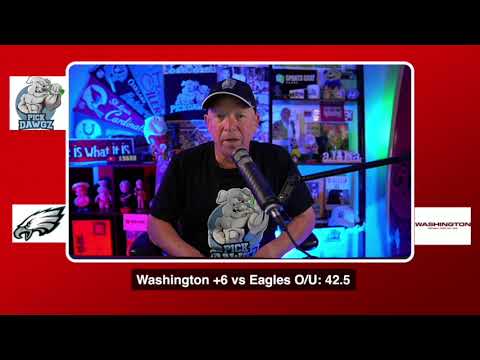