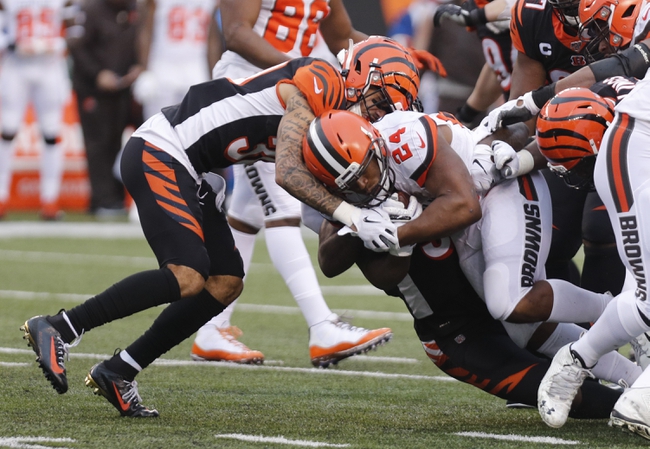 The Cincinnati Bengals look for a bounce back performance after losing their season opener to the Los Angeles Chargers. The Cincinnati Bengals haven’t won a road game since September of 2018. Joe Burrow is completing 63.9 percent of his passes for 193 yards, zero touchdowns and one interception. Burrow enters this game with 36 career pass attempts. AJ Green and CJ Uzomah have combined for 96 receiving yards on nine catches while Tyler Boyd has four receptions. The Cincinnati Bengals ground game is averaging 122 yards per contest, and Joe Mixon leads the way with 69 yards on 19 carries. Defensively, Cincinnati is allowing 16 points and 362 yards per game. Germaine Pratt leads the Cincinnati Bengals with 12 tackles, Carl Lawson has one sack and William Jackson III has two pass deflections.

The Cleveland Browns also need their first win of the season after getting rocked in their season opener by the Baltimore Ravens. The Cleveland Browns have won four of their last five home games. Baker Mayfield is completing 53.8 percent of his passes for 189 yards, one touchdown and one interception. Mayfield has two or more touchdown passes in six of his last nine games. Jarvis Landry and David Njoku have combined for 111 receiving yards and one touchdown while Odell Beckham Jr. has three receptions. The Cleveland Browns ground game is averaging 138 yards per contest, and Kareem Hunt leads the way with 72 yards on 13 carries. Defensively, Cleveland is allowing 38 points and 377 yards per game. BJ Goodson leads the Cleveland Browns with nine tackles, Tavierre Thomas has one sack and Adrian Clayborn has two tackles for loss.

The Bengals were more impressive in their season opener than the Browns and Burrow actually played fairly well for his first game, completing nearly 64 percent of his passes and showing off his running game. The Cleveland Browns were probably the most disappointing team in the league opening week given the talent on their roster and the blowout loss, and they're just 6-14-1 ATS in their last 21 games as a favorite. As has been the case the last several years, I'm not looking to back the Browns in the favorite role. I'm just not.

Give me the Bengals and the free touchdown. 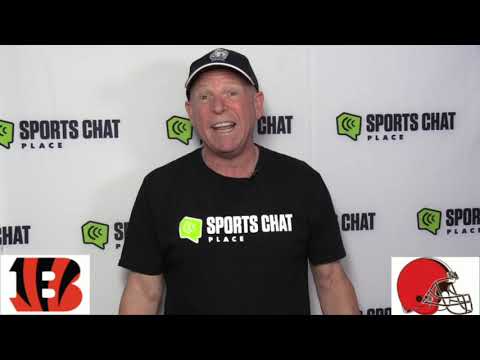