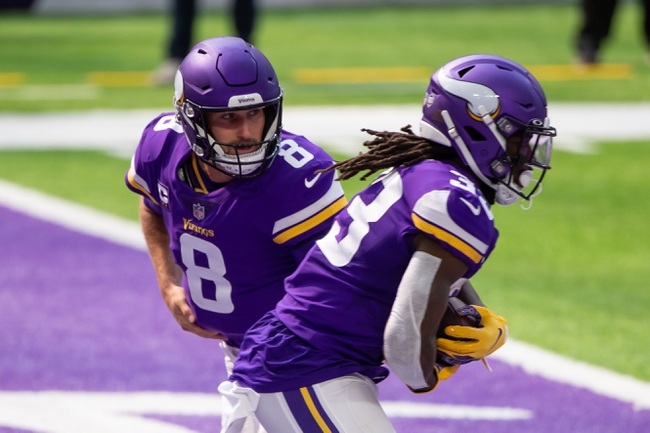 The Minnesota Vikings and the Indianapolis Colts meet in week 2 NFL action from Lucas Oil Stadium on Sunday afternoon.

The Minnesota Vikings come into this one looking to rebound after a 43-34 loss to the Green Bay Packers in their season opener last time out. Kirk Cousins threw for 259 yards, 2 touchdowns and an interception on 19 of 25 passing while Dalvin Cook rushed for 50 yards and a pair of touchdowns and Alexander Mattison had 50 rushing yards as well. Adam Thielen led the Vikings with 6 catches for 110 yards with two touchdowns while Bisi Johnson had 56 receiving yards on 3 grabs. Defensively, Eric Kendricks led the Vikings with 11 total tackles including 7 solo tackles while Holton Hill also had 7 solo tackles.

The Indianapolis Colts will be out to rebound from a 27-20 loss to the Jacksonville Jaguars in their season opener last time out. Philip Rivers threw for 363 yards, a touchdown and two interceptions on 36 of 46 passing while Nyheim Hines rushed for 28 yards and a touchdown in relief of Marlon Mack who is now out for the season due to injury. Parris Campbell had a team-high 71 receiving yards on 6 catches while Jonathan Taylor had 6 grabs for 67 yards out of the Indy backfield and T.Y. Hilton had 4 catches for 53 yards. The aforementioned Hines had a team-high 8 catches for 45 yards and a touchdown as well. Defensively, Darius Leonard led the Colts with 10 total tackles while DeForest Buckner had 1.5 tackles for a loss. Denico Autry had a pair of sacks while Khari Willis and Justin Houston each added a sack as well in the loss.

I think this matchup fits to be the high-scoring game that this line intends it to be, as Philip Rivers and new top running back Jonathan Taylor should have their way with a subpar Minnesota secondary while the Colts leave a lot to be desired after that disappointing performance against Jacksonville. Give me the over as my free play for this game but my stronger pick is on the side and I have that available as a premium pick that you can find here. 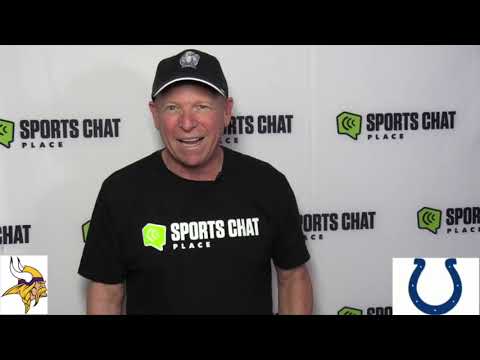