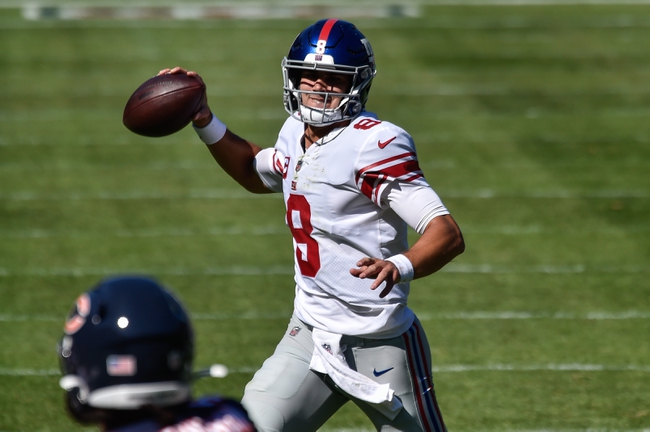 The San Francisco 49ers and the New York Giants meet in week 3 NFL action from MetLife Stadium on Sunday afternoon.

The San Francisco 49ers will look to rebound from a frustrating week 2 that still ended with a 31-13 49ers win over the Jets last time out. Jimmy Garoppolo threw for 131 yards and 2 touchdowns on 14 of 16 passing before leaving the game due to injury. Nick Mullens stepped in and threw for 71 yards and a pick on 8 of 11 passing while Raheem Mostert had 92 rushing yards and a touchdown but also left due to injury, leaving Jerick McKinnon with 77 rushing yards and a TD. Kendrick Bourne had a team-high 4 grabs for 67 yards while Jordan Reed caught 7 passes for 50 yards and both of San Fran’s TDs through the air. Defensively, Fred Warner had a team-high 12 total tackles with 9 solo tackles as well in the winning effort.

The New York Giants will look to bounce back after a 17-13 loss to the Chicago Bears in their last game, dropping to 0-2 on the year as a result. Daniel Jones has thrown for 520 yards, 2 touchdowns and 3 interceptions on 63% passing while also leading the G-Men in rushing with 43 yards on the ground. Darius Slayton leads the giants in receiving with 9 catches on 15 targets with 2 touchdowns. Blake Martinez leads the Giant defense with 21 total tackles, including a team-high 14 solo tackles, with as many solo tackles as the second-best tackler has total tackles this season.

The Niners had a ton of injuries to begin with coming into this game, but now San Fran has to continuously look over their shoulder having to play on the turf at MetLife for a second straight week. New York has had injuries of their own, but they’re used to the surroundings. Even still, I think the two sides take a cautious approach to this game so I’ll side with the under as my free pick for this game but my stronger play is on the side and I have that available as a premium pick that you can find here. 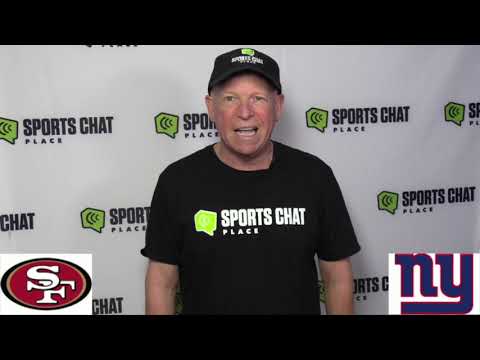