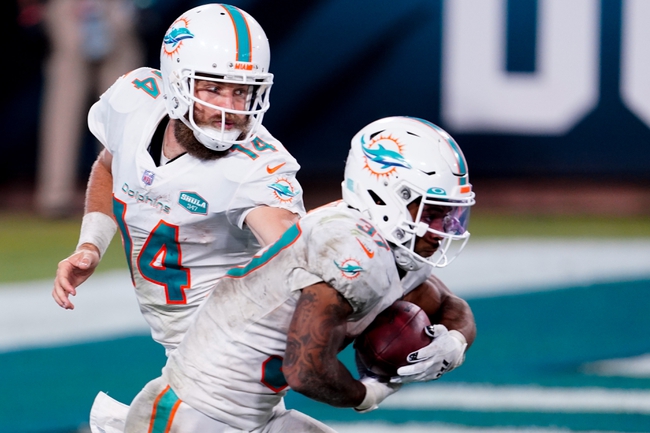 The Seahawks come into this one at 3-0 so far. After taking out Atlanta in the opener, Seattle has since beaten the Patriots and Cowboys for an unbeaten start. As for the Dolphins, they fell in their first two games to the Patriots and Bills, but posted a nice 31-13 win over the Jaguars last Thursday. Check back all season long for free NFL picks and NFL predictions at Sports Chat Place.

Seattle is off to a nice start in 2020 so far. The Seahawks posted a 38-25 win over the Falcons in Week 1, then took out a good Patriots team 35-30 in the second game. Last weekend was another close one versus the Cowboys, as Seattle emerged victorious 38-31.

In the win over Dallas, Seattle QB Russell Wilson posted 315 yards and five touchdowns. Chris Carson led the rush with 14 carries for 64 yards, and DK Metcalf was the Seahawks’ top receiver on four catches for 110 yards and a TD. Tyler Lockett had less yardage (100) but had nine catches and three touchdowns.

Over on the Dolphins’ side, they hung around with the Patriots in Week 1 but ended up losing 21-11 at Gillette Stadium. Week 2 was even more frustrating against the Bills, resulting in a 31-28 loss and another division defeat. Miami finally got some traction going in a 31-13 win versus the Jaguars last Thursday, though.

In that win over Jacksonville, Miami QB Ryan Fitzpatrick put up 160 yards and two touchdowns. Leading the rush was Myles Gaskin with 22 carries for 66 yards, and DaVante Parker was the Dolphins’ lead receiver with five grabs for 69 yards.

Pick: I’m going Dolphins, but it’s probably better to wait until later in the week on this one. The line will probably tick up a couple more points, as there’s a lot of confidence in the Seahawks right now (and rightfully so). That said, Miami has been able to hang with both the Patriots and the Bills, and I think it’s reasonable to think the Dolphins can get to within a touchdown or so of Seattle. I still like the Seahawks to win, but this one could be closer than a lot of people think. 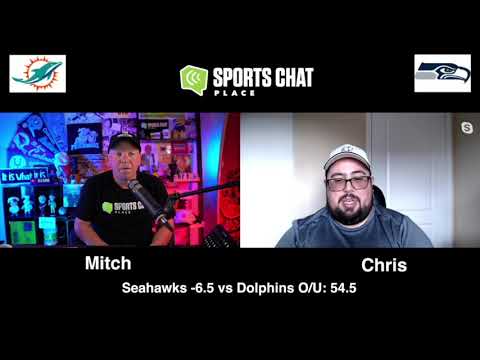