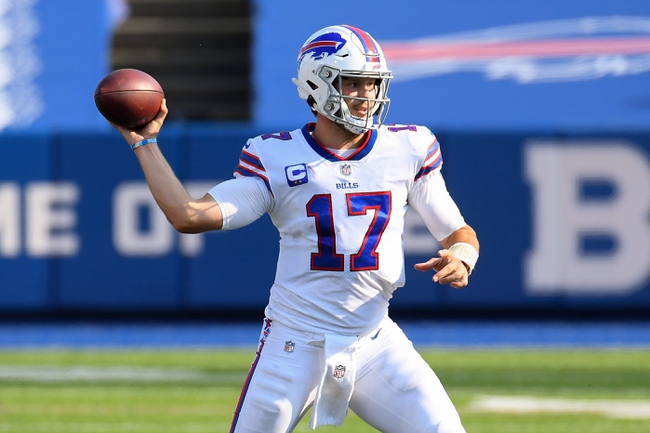 The Buffalo Bills and the Las Vegas Raiders meet in week 4 NFL action from Allegiant Stadium on Sunday afternoon.

The Buffalo Bills will look to build on their 3-0 start to the year after a thrilling 35-32 win over the Los Angeles Rams in their last matchup. Josh Allen has thrown for 1,038 yards, 10 touchdowns and 1 interception on 71.1% passing while Devin Singletary leads the Bills on the ground with 157 rushing yards while the aforementioned Allen has both of Buffalo’s rushing touchdowns this year. Stefon Diggs leads Buffalo’s receiving group with 20 catches on 28 targets for 288 yards and a pair of touchdowns while Cole Beasley has 228 receiving yards and John Brown has 152 receiving yards with a pair of touchdowns as well. Gabriel Davis is the 4th 1--+-yard receiver for the Bills on the year. Defensively, Jordan Poyer leads the Bills with 26 total tackles, including 18 solo tackles while Micah Hyde has 22 total tackles and Levi Wallace and Taron Johnson each have 21 tackles. Mario Addison has a pair of sacks for the Bills this year.

The Las Vegas Raiders will look to build on their 2-1 mark despite a 36-20 loss to the New England Patriots last time out. Derek Carr has thrown for 784 yards and 6 touchdowns on 74% passing while Josh Jacobs has rushed for 252 yards and 3 touchdowns this season. Darren Waller leads the Raiders with 20 catches on 28 targets for 159 yards to lead Las Vegas in receiving while Hunter Renfrow has 11 catches for 142 yards. Defensively, Nicholas Morrow has 21 total tackles with 17 solo tackles while Johnathan Abram has 20 total tackles with both Morrow and Abram logging an interception. Maxx Crosby also has a pair of sacks for the Raiders on the year.

I’d like to give the Raiders the benefit of the doubt at home, but we saw against New England how the Raiders fared in their first true test against an above average team that was at full strength. Carolina isn’t very good and the Raiders still only won by 4 while allowing 30 points and the Saints were without their top receiver and had to fly cross country for that game in Vegas. Buffalo is playing extremely well right now and laying a field goal on the road isn’t that bad considering what we’ve seen from Buffalo and Allen through the first three games this year. I’ll lay the points with Buffalo in this one. 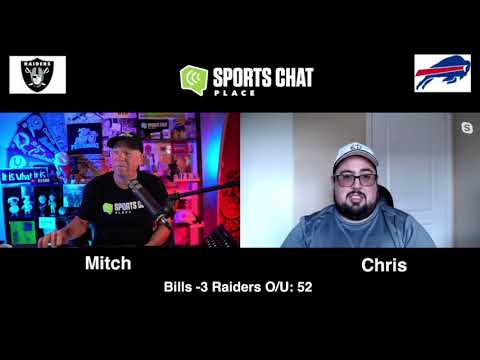