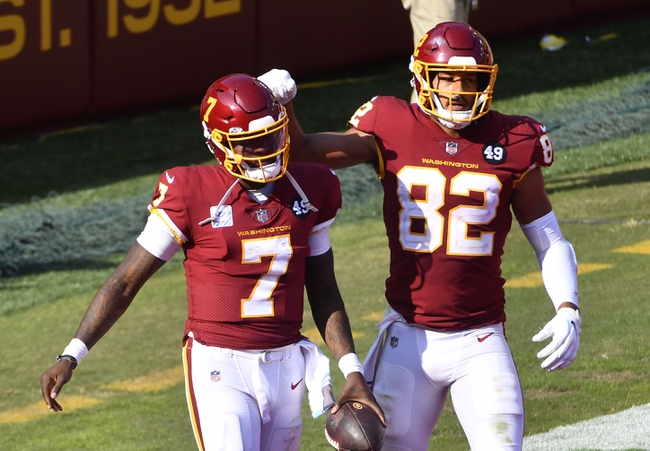 The Rams come into this one at 3-1 on the 2020 NFL season. Los Angeles fell to the Bills in Week 3, but otherwise have taken out the Cowboys, Eagles and Giants. As for Washington, they’re 1-3 so far. The Redskins beat Philly in the opener, and since have lost three straight to the Cardinals, Browns and Ravens. Check back all season long for free NFL picks and NFL predictions at Sports Chat Place.

The Rams have looked pretty good so far, outside of a couple scares here and there. Los Angeles’ only loss this season came 35-32 in a tense game versus Buffalo, and though the Rams played it pretty close in Week 4 against the Giants, LA was still able to get a victory 17-9 to get back into the win column.

In the eight-point win over New York, Rams QB Jared Goff posted 200 yards with one touchdown on 25-of-32 passing. Cooper Kupp was the lead receiver in that one with 69 yards and a score on five grabs, and Malcolm Brown had 38 yards on nine carries for a 4.2 YPC average.

Over on the Washington side, they haven’t been able to recapture the momentum of a 27-17 opener win versus Philadelphia, and things have been difficult since then. Washington fell by 15 to the Cardinals, 14 to the Browns and 14 to the Ravens, and haven’t scored more than 20 points in any of their last three outings.

In the loss to Baltimore, Washington QB Dwayne Haskins put up 314 yards on 32-of-45 passing, and Antonio Gibson led an anemic rush on 46 yards and a score from 13 carries. Terry McLaurin was tops in receiving there with 118 yards on 10 grabs.

PICK: I think the Rams look pretty good here, so long as the line doesn’t inflate too much more. Los Angeles had a rough time scoring versus the Giants last week, but were able to hang in there with defense and escape with a win. Washington has been pretty sluggish on offense themselves over the past few weeks, and I don’t see the Team keeping up with Los Angeles if the Rams get going. 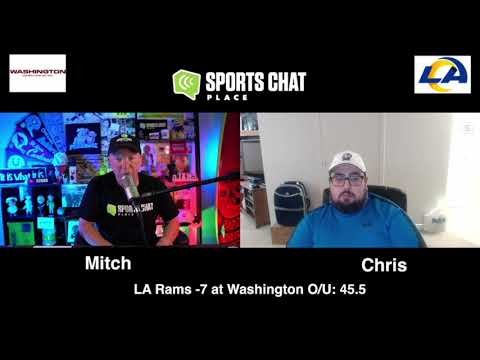