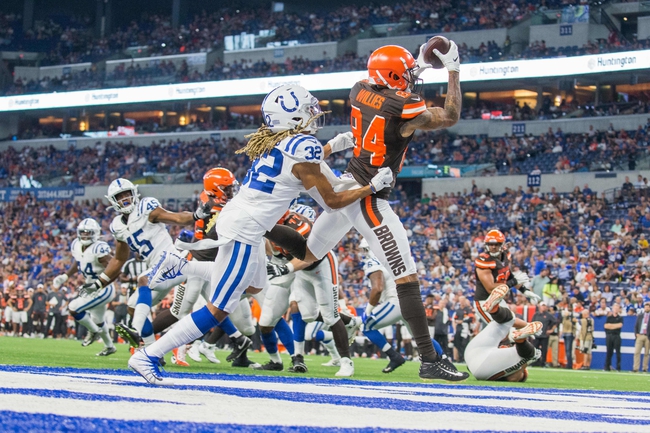 The Indianapolis Colts and the Cleveland Browns meet in a week 5 NFL matchup from FirstEnergy Stadium on Sunday afternoon.

The Indianapolis Colts will look to add to their current three-game winning streak after a 19-11 win over the Bears brought Indy to 3-1 on the year. Philip Rivers has thrown for 984 yards, 4 touchdowns and 3 interceptions on 72.7% passing while Jonathan Taylor leads the Colts in rushing with 250 rushing yards and a pair of touchdowns. Mo Alie-Cox leads the Colts in receiving with 194 receiving yards and a pair of touchdowns while T.Y. Hilton has 162 receiving yards and Zach Pascal has 129 receiving yards this season. Defensively, Darius Leonard leads the Colts with 27 total tackles while Anthony Walker has 25 total tackles including a team-high 20 solo tackles. Justin Houston has a team-high 3.5 sacks and 4.5 tackles for a loss and Denico Autry has a pair of sacks. T.J. Carrie and Xavier Rhodes each have a pair of interceptions for Indianapolis as well this season.

The Cleveland Browns will look to build on their own 3-1 start to the year. Baker Mayfield has thrown for 729 yards, 7 touchdowns and 2 interceptions on 62.6% passing while Nick Chubb and Kareem Hunt have combined for 610 rushing yards and 7 touchdowns in the Browns’ backfield. Odell Beckham Jr. has 236 receiving yards with 3 touchdowns while Jarvis Landry has 191 receiving yards and a team-high 17 catches. Defensively, B.J. Goodson leads the Browns with 27 total tackles, while Tavierre Thomas has 24 total tackles with a team-high 22 solo tackles. Myles Garrett has a team-high 5 sacks and Sheldon Richardson and Adrian Clayborn each have a pair of sacks.

The loss of Nick Chubb hurts the Browns, but we saw against Dallas, and I’m not sure if this speaks more to the ability of the Browns or to how bad the Cowboys look, but Cleveland adapted to the loss of Chubb and found a way to continue to rack up the offense as the Browns made it at least 34 points for the 3rd straight week. The Colts have the tightest defensive in the NFL, but the offense is struggling and even with a solid defense it might not be enough to keep the Browns out here. I’m starting to like what I’m seeing from Cleveland so I’ll take a shot with the Browns and the points as well as sprinkling a bit on the money line as well.