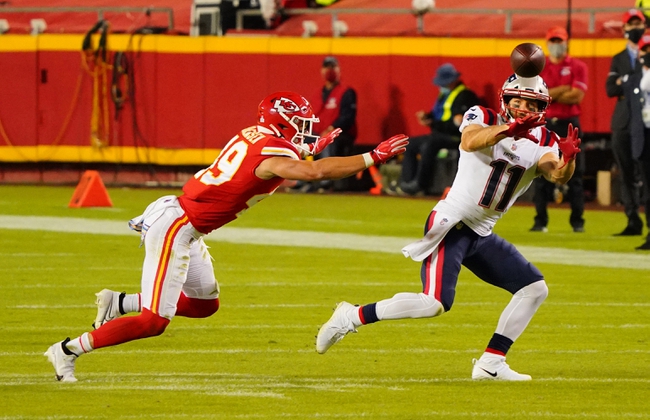 The Denver Broncos and the New England Patriots meet in a week 5 NFL matchup from Gillette Stadium on Monday evening.

The Denver Broncos will look to build on their first win of the season coming in the form of a 37-28 win over the New York Jets last time out. Jeff Driskel has thrown for 432 yards, 3 touchdowns and 2 interceptions while Brett Rypien’s tossed for 295 yards, 2 touchdowns and 4 picks and Drew Lock has 236 passing yards and a touchdown. Melvin Gordon III leads the Broncos in rushing with 281 rushing yards and 3 touchdowns while Jerry Jeudy is Denver’s top receiver with 234 receiving yards. Noah Fant and Tim Patrick each have 200+ receiving yards and a pair of touchdowns respectively as well. Defensively, Josey Jewell leads the Broncos with 30 total tackles while Alexander Johnson has 29 total tackles and Justin Simmons has 27 total tackles with a team-high 23 solo tackles. Shelby Harris and Bradley Chubb each have 2.5 sacks as well this season.

I’m operating this game on the assumption that Cam Newton will miss the game or still not be 100%, and even if he is, I expect this game to be an ugly, ground and pound style of game. I don’t trust the Broncos to do much of anything with the way that their roster is in shambles coming into this game and you’re going to have to do more than beat the New York Jets for me to put any faith in going forward. I’m not running to the window to bet this one, but with so many uncertainties, I feel the only play here is the under.