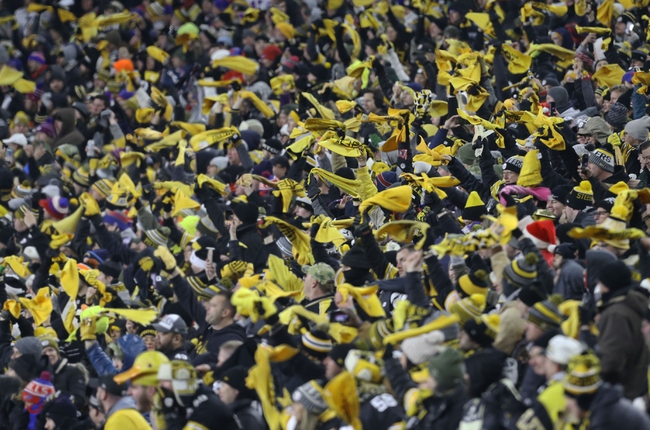 The New York Jets released star running back Le'Veon Bell and there’s now a notable name on the market to help an NFL team improve its offense.

Bell isn’t exactly the same running back he was during his Pittsburgh Steelers days, but I’d hold out on calling him washed. Jets head coach Adam Gase is easily one of the worst minds in the NFL and players who have managed to get away from him have thrived. Just look at what Ryan Tannehill is doing for the Tennessee Titans.

Tampa Bay Buccaneers - The Tampa Bay Buccaneers are thinking Super Bowl right now with Tom Brady at quarterback. Ronald Jones has provided some nice relief, but injuries and inconsistent production from Leonard Fournette and LeSean McCoy have put a lot of pressure on the running game. The Bucs could use a spark at the running back position to take some of the pressure off of Brady to do everything. Bell makes the Buccaneers a lot more attractive down the home stretch of the season.

San Francisco 49ers - The San Francisco 49ers can use help wherever they can get it these days with the way their players are dropping like flies. Every running back on the 49ers has a history with injuries and that includes Raheem Mostert, who just came back last week against the Dolphins. The 49ers were linked to Bell when he was previously entering free agency, and we know Kyle Shanahan could get quite creative with a guy of Bell’s talent. Few teams could bring Bell back to life like the 49ers.

Miami Dolphins - The Miami Dolphins haven’t had a running game in years, and while they gave Jordan Howard a decent payday this offseason, they’re averaging just 3.7 yards per carry. Howard can’t see the field, Matt Breida gets spot carries and Myles Gaskin has rushed for no more than 66 yards in a game this season. The Dolphins clearly don’t trust the running backs they have on their current roster. Bell lives in Miami, so while this isn’t a contender to compete for a Super Bowl toward the end of his career, staying home could be attractive. Oh, and the Dolphins play the Jets twice a year. Revenge factor here.

Pittsburgh Steelers - Not sure how realistic of an option this is because James Conner and Benny Snell Jr. are tearing it up right now. The Steelers are eighth in the league with an average of 138.8 rushing yards per game and they’re averaging 4.5 yards per carry. The Steelers don’t exactly need Bell at the moment. However, there’s history here obviously with Bell spending five seasons in Pittsburgh, and relationships go a long way in this league. Bell is fourth all-time in Steelers history with 5,336 rushing yards and third all-time with 35 rushing touchdowns. I wouldn’t count this out just yet.

Los Angeles Chargers - The Los Angeles Chargers are one of the worst rushing teams in the league when you consider they’re averaging 3.8 yards per carry. Leading rusher Austin Ekeler in on injured reserve due to a hamstring injury. Joshua Kelley is averaging just 3.2 yards per carry on 63 touches and Justin Jackson is a young back with just 102 carries through three seasons. The Chargers offense is rolling with rookie quarterback Justin Herbert taking over the league, but a spark to the running game could take this LA offense to new heights.